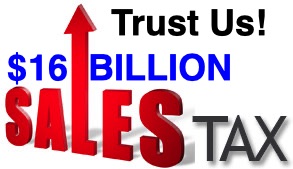 Transit agency HART currently has no leadership at the helm and is in a state of at least semi-chaos due to some poor judgement by its own governing board. But the Hillsborough County Commission keeps pursuing forcing taxpayers to simply "hand" the chaotic transit agency Billions of new AFT transit tax proceeds.

The new HART Board felt compelled to continue pursuing a new CEO….even after a lawsuit was filed in December 2018 legally challenging the All for Transportation (AFT) $16B transit tax.


Serious legal issues are being litigated in the Courts about the AFT transit tax. The transit tax survival is in question and no one knew, especially at that time, when all the legal issues may be resolved.

Would the best candidates apply for HART's CEO position under those circumstances and uncertainty?

HART had hired a consultant to advertise and recruit for the CEO position. The HART Board moved forward with the recruitment and failed to reconsider anything after White's lawsuit was filed in December 2018.

At HART's January 14, 2019 Ad Hoc Committee on CEO Search meeting, four candidates received recommendations from the Search Committee. Those candidates included then HART's Chief Administrative Officer Kenyatta Lee. However, she did not make the list of the top three candidates the Committee recommended to take forward to the entire Board.

The consultant HART hired for their CEO recruitment advised the Search Committee it is best to bring three candidates, not just two, to the full Board for consideration.

At the February 1, 2019 HART Board meeting, HART had only two CEO candidates attend a public interview. Apparently a third candidate, who was also invited, withdrew their candidacy prior to the meeting.

At that February meeting, the HART Board proceeded to select one of the candidates, Ben Limmer, an assistant general manager at Metropolitan Atlanta Rapid Transit Authority (MARTA), to be their new CEO.

Remember the AFT transit tax is being litigated at this time. According to this Tampa Bay Business Journal (TBBJ) article, Limmer states:


With the passage of the referendum in the fall 2018 comes enormous opportunity. I bring a strong and robust background of implementing and directing sales tax programs in Phoenix and Atlanta and am uniquely suited to take HART into the future."

Limmer stated he would "develop a plan around the passed sales tax." At least Limmer admitted HART had no plans for how to spend the new found AFT Billions. And perhaps if the legal challenges are ignored, they will just go away….

The hoo-rah's about Limmer continued.

All for Transportation Chair Tyler Hudson was quoted in that same TBBJ article:


"Ben's experience with expanding bus and rail transit systems in Atlanta and Phoenix, and demonstrated commitment to community outreach, are exactly what Hillsborough County needs to successfully implement the action that All for Transportation campaigned for and voters resoundingly demanded in November," All for Transportation chairman Tyler Hudson said in a prepared statement.

According to this Tampa Bay Times article about Limmer's hiring:


"Mr. Limmer is everything I would've ever wanted or imagined in someone to bring HART forward," [County Commissioner] Kemp said.

Tyler Hudson, chair of All For Transportation, the group that put the Hillsborough sales tax on the ballot, said he was thrilled with Limmer's selection.

Limmer also drew praise from Rick Homans, CEO of the Tampa Bay Partnership who funded All for Transportation. The Partnership originally expressed some concerns about the candidate pool but after Homans personally spoke to Limmer, they were all kumbaya on him.

During AFT's campaign in 2018, the Tampa Bay Times refused to report the simple math that AFT was a 30 year $16 BILLION transit tax. The Times filtered out such silly little information when it was relevant to voters.

Suddenly the Times learned simple math after the AFT transit tax passed. When Limmer was hired, the Times reported (emphasis mine):

a citizen group helped pass a one-cent transportation sales tax that is expected to raise $15.8 billion over 30 years.

The Times so-called "citizen group" was total astroturf run by paid professionals using a few millennials for window dressing. AFT was funded almost entirely by a handful of wealthy downtown special interests, that included the Times own financial benefactors who financially bailed the Times out.

Also included in that Times article,


Limmer will oversee what he called "a truly transformational investment that's going to span a generation" as the transit authority prepares to expand bus service and potentially add light rail, dedicated bus lanes and an expanded streetcar to its services.

The community voiced a tremendous vote of confidence in the transit authority when it approved a billion dollar-plus investment in the agency's service, Limmer said. While residents approved spending more money on transit, they didn't vote on specific projects.

AFT's Ballot Summary language, the only information every voter was guaranteed the opportunity to read before voting, included no reference to AFT mandating 45% or $7 BILLION must go to HART, transit, fixed guideways or rail. And there is NO mention of funding costly city of Tampa rail projects and the Tampa Streetcar expansion. How does Limmer know voters approved handing HART $7 Billion or approved funding rail?
Now A lower court has since thrown out all of AFT's unlawful spending mandates. Limmer's claim that voters voted to mandate AFT Billions must go to HART or transit has been proven wrong in court.

Within months of Limmer being hired, he took to firing HART's CFO Jeff Seward and HART's Chief Administrator Officer Kenyatta Lee (who had applied for the CEO position). In this report Limmer made it appear as if they had resigned.

Note that in August 2018 All for Transportation (AFT) and OPPAGA was on a tight deadline for putting the AFT transit tax on the ballot. OPPAGA had to rush a completion of their "required" performance audit of HART in just a few short weeks to meet that deadline.

Jeff Seward, Interim CEO and CFO of HART in 2018, informed us that HART had told OPPAGA auditors there is no All for Transportation programs that could be audited and the auditor agreed. The OPPAGA auditor was relegated to auditing HART's current operations and past performance for how HART "may" handle new programs.

Limmer also confirmed HART had no plans or programs for how to spend AFT's Billions. Therefore, it was impossible for OPPAGA to perform the Statutorily required audit of the programs associated with the AFT transit tax (FS 212.055, Section 11).

Statutorily the audit is supposed to examine alternative methods of providing the new programs but that was never done and OPPAGA only audited 2 of the 6 recipients of the AFT transit tax - HART and Hillsborough County Public Works Department.

So much for the faux performance audit.

About 8 months after Limmer was hired, it took a whistleblower to file a complaint late last year that Limmer was violating HART policies and going around the Board on procurement issues. HART suspended Limmer and hired an outside law firm Carlton Fields to investigate.

Take note: Shumaker donated at least $25K to All for Transportation and Christaldi is part of the group still seeking a new Rays baseball stadium in Tampa. These two groups are really one and the same.

From Carlton Field's investigative report, HART's General Counsel David Smith knew about Limmer's actions taken without Board authority and he did nothing about it. Why is Smith still at HART?

HART seems to have its share of CEO scandals.

In April 2011, within 6 months after the rail tax was defeated in 2010: HART fires CEO David Armijo after whistleblower accusations surface.

And as Tampa Bay Guardian recently reported, the interim CEO, Carolyn House Stewart, does not want to be questioned about anything.


Hillsborough Area Regional Transit Authority (HART) interim CEO Carolyn House Stewart does not like being questioned by reporters. She feels “attacked” by their questions and their reporting.

There is now panic in the air as we await the final ruling by the Florida Supreme Court on the AFT transit tax lawsuits.

BOCC Chair Les Miller, term limited in November but under intense pressure by All for Transportation and their special interests funding cabal, had to act.

But HART's interim CEO refuses to answer questions about serious issues and considers being asked questions a personal attack.

HART has not presented to the BOCC or the public any vetted, feasible or fiscally responsible plans for how to spend their AFT Billions. HART has never asked the BOCC for these Billions.

And expect taxpayers to "just trust us". 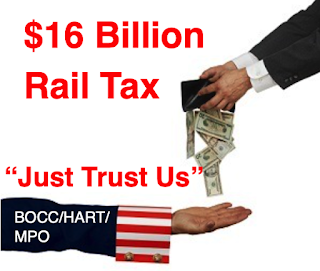