In Defense of Momma "T" Lassiter 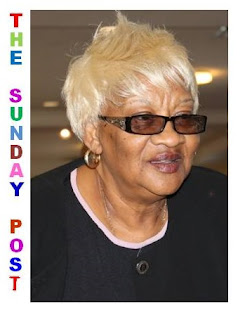 If you think she is brash now, you should have been in City Council meetings 10 or 15 years ago.

In the interest of full disclosure, I have known Momma "T" for over 25 years.

I worked with her on a couple of issues and was a regular at her 'Law Day" event for a number of years. I like Momma "T". In fact, it goes way beyond like I have a deep respect for the woman.

Momma "T" has spent a large portion of her life trying everything she can to improve conditions for people on the south side and really in all of St. Pete.

Momma "T" has been promised help that never came, lied to by staff and virtually every administration, and yet she keeps coming back and trying to move forward.

If you think, she is brash now, you should have been setting in City Council meetings 10 or 15 years ago or better yet sat down with her one on one.

Momma "T" is running out of time.

She is frustrated by the City's inability to get things moving south of central. The kids in South St. Pete, her "babies" as she calls them, are still underserved by the schools they go to, arrested too often and many die way too young.

Poverty in her world is not getting better it is getting worse.

The Kriseman Administration isn't much better than their predecessors, lots of promises but not a lot of results. All the redevelopment promises are just that promises for the future but Momma "T's" people live right now in the present.

She can be brash; she has a way with words, a short temper, a mean streak and absolutely no tolerance for indecision.

Part of the problem with cites is as they grow elected people on City Council become more of the elite and less of the people. Those like Momma "T" become more of an annoyance than a source of valuable direction such is the case in St. Petersburg.

Could she tone it down a little – sure?

However, think about this: If you went home every night after dedicating a good portion of your life to trying to improve the lot of your community and your last thoughts as you dropped off to sleep were after all these years things are still going bad.

The people who could change all that have no problem spending $70 million on a downtown park and play ground for the wealthy, but you have to beg for after-school programs.

They won't step up and take on the School Board for allowing the school mess in south St. Pete, and their solution for South St. Pete is a long term development plan that will have no immediate impact, and in all likelihood will never come to fruition.

You would probably be angry too.

As for me, I will sit there and listen to every word "T" Lassiter has to say, smile at some, be shocked at a few and know that pretty much all of it has value.

I think we would all be amazed at the number of people, white and African American, that watch "T" Lassiter on television and wish they had the courage to "wag their finger" at City Council.

Love ya Momma "T". I always have always will.