Who would be the next St. Petersburg Mayor? 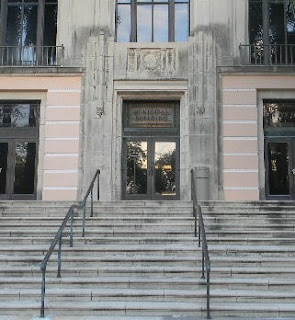 Too early you say?  Not really.

St. Petersburg, Fl
Opinion by: E. Eugene Webb PhD
Coauthor of: So You Want Blog.
One of the interesting things about being a blogger, and especially a blogger who writes opinions, is people like to ask you questions.

I have been at several gatherings recently with a number of St. Petersburg employees, and the questions were very interesting.

Apparently Kriseman's inner circle, notably Kevin King and Ben Kirby, are starting to get under the skin of some staffers as they filter inbound and outbound communications with the Mayor's office.

The most recurrent question was "who do you think will be the next St. Petersburg Mayor?' The implication seeming to be Rick Kriseman will either not run or will not be reelected.

I turned the question back by simply asking, "Who would you like to see as mayor?"

The most common answer from senior staff right down to workers was Rick Baker, usually followed with a comment like, "He was tough to work for, but he really got things done and he (Baker) knew how to lead."

Baker is currently said to be mulling over a run for The US House seat in District 13.

Other names who garnered interest: Karl Nurse and Charlie Gerdes.

Now that the midterm City Council election is over it is time to look forward to the next mayoral election.

Too early you say?

Some of the knowledgeable political writers, Bloggers and St. Pete movers and shakers need to look around town and throw out some names that are not currently on the radar. Let's see whether some new bolder faces will step up and take an interest in leading Florida's fourth-largest City.

There seems to be a growing consensus that surviving the last two years of the Kriseman administration will be bad enough and four more years of Rick Kriseman will not take St. Pete where it needs to go.

Who would you like to see as St. Pete's next Mayor.


Disclosures:
Contributor: Waterfront Charter Amendment (Vote on The Pier), Carly Fiorina for President,
Posted by Gene Webb at 11:50 AM