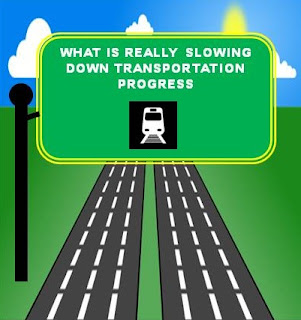 Put a roads only initiative on the ballot and it stands a good chance of passing.

They just don't get it. The people of Hillsborough and Pinellas Counties are not interested in light rail.

The developers are; the real-estate agents are; TBARTA is the MPOs are but the public just does not buy it.

The latest message begging for money for light rail comes from a caterwauling Tampa Mayor Bob Buckhorn who said. "It's about more than just this referendum. It has a huge impact on any potential mass transit; rail in particular, throughout our entire region."

Pinellas Metropolitan Planning Organization executive director Whit Blanton said, "We seem to spend a lot of effort and a lot of time but we don't seem to gain any real traction,"

The real issue for the politicians is the people who actually pay the taxes are smart enough to know that an investment in light rail is throwing money down a rat hole.

There is no "traction" Mr. Blanton because your concept is inefficient and out dated.

If the politicians and the unelected leaders of TBARTA and the MPOs want to see the real problem all, they need to do is take a walk down the hall to the smallest room in their house, go through the door, turn on the light and look in the mirror. The problem is staring them in the face.

Put a road only initiative on the ballot and it stands a good chance of passing.

The public is not ready to fund transportation based (light rail) redevelopment so a bunch of developers can get rich, politicians can pad their political war chests and the public can pick up the tab for a rail system that is ineffective.

One only needs to look at all the transportation alternatives under development by some of the biggest transportation and technology companies in this country to know that building traditional light rail would be a huge mistake.

"My hands are tied," Buckhorn said. "It is a painful reminder that elections matter. If the legislature won't give me the ability to change the law (and authorize a city referendum), then the only people who can change the outcome are the voters who elect these commissioners."

And this is the guy who wants to be Governor.

It is painful to politicians when the public gets it right and there is nothing the poor elected folks can do to get their way. Sort of like a kid, jumping up and down is his crib and screaming.

Gloom and doom if we don't give the power players and developers a big pot of tax money to build their train.

The message has not worked so far, and it should not work in the future.

Contributor: Bob Gualtieri for Pinellas County Sheriff
Posted by Gene Webb at 5:00 AM