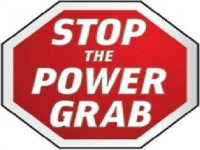 There is a power grab occurring in Tampa Bay that must be stopped.

No citizen or taxpayer requested Latvala's bill (SB1672/HB1243) that creates another transit authority in Tampa Bay to fund.

And the process for how the bill was created, it did not go through the local delegations of the counties impacted, was not properly vetted but hastily filed the weekend before the session started should be a concern of everyone.

But another transit authority in Tampa Bay has to get funded somehow and is created to fund something - how silly to think otherwise. 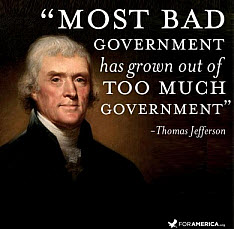 The mayors of Tampa and St. Petersburg spoke this week at the Florida Economic Forum luncheon. They confirmed our speculations on another sales tax hike referendum. According to this SaintPetersblog post:


On transportation, Buckhorn said that Hillsborough County may be ready to put up another half-cent sales tax referendum on transit in 2020, but not anytime sooner, a notion that Kriseman agreed with. As he has done in the past, Buckhorn blasted the critics of any such referendum, labeling them either as largely limited to living in the eastern provinces of Hillsborough County or as “disaffected former washed up politicians and PR firms who will try to throw any amount of sand in the gears to distract people from the fundamental question, which is, we need more mobility options.”

Kriseman again brought up the notion of the Legislature changing state law that would allow big cities like St. Petersburg and Tampa to hold their own transportation referendums, a familiar complaint that has gone nowhere for years in Tallahassee. In fact, he admitted that it wouldn’t happen in the near term, and said that meant St. Petersburg and Tampa need to get creative for themselves.

Here is the map of Hillsborough County and the vote by precincts on the 2010 rail tax that was defeated 58-42. The green area reflects the precincts, mostly along the rail corridor, that voted for the tax. The rest of the county - much more than just eastern Hillsborough County voted No.

Talk about former washed up politicians….Buckhorn will be one soon as he is term limited out of office in 2019 and Kriseman, who is up for re-election, could become one too.

We get it - Buckhorn and Kriseman both want costly rail. Buckhorn was very vocal and adamant about demanding rail during the Go Hillsborough campaign and all through the Transportation Policy Leadership Group meetings. Some Tampa Bay politicos want to tie costly rail with a new Rays stadium….

Rail envy is not a positive trait but certainly an expensive one.

Regarding the mayors quests for city transit referendums, where is the business model and business case that even suggests that the cities of Tampa or St. Petersburg can fund costly rail projects? Hint: it does not exist.

Ironically, Buckhorn was on the only NO vote on the Tampa Streetcar when he was on the Tampa City Council in the 1990's. He said back then the Streetcar did not have a viable financial model. And he was absolutely right now that it's basically bankrupt and has very few riders.  Don't fret though - the solution to government funded failures is to expand them. The taxpayers are enriching more consultants paying them $1.6 million for another study to expand the failed streetcar. The insanity continues.

The timing of these mayor's bringing up another sales tax hike referendum in 2020 is no surprise. It conveniently coincides with Latvala's TBARTA bill and the latest taxpayer funded $1.5 million Regional Premium Transit Plan Campaign launched last year.

It is all about money - pursuing federal money (aka federal debt dollars) for new transit projects. And the pursuit of any federal funding requires a committed long term local/regional funding source.

And Voila - another sales tax hike referendum in 2020 - this time a regional, multi-county transit tax hike referendum. A regional referendum will generate a massive multi-million dollar advocacy campaign funded by deep-pocketed special interests blasted across Tampa Bay and cheered on by their media accomplices.

But the timing is so off considering the direction of the new Trump Administration.

President Trump's "skinny budget" is eliminating federal New Starts/Small Starts and Obama's Tiger grants for new transit projects. Why? Because our existing infrastructure is in disrepair. We have an $80 BILLION backlog of major rehab and replacement needed for our existing rail systems.

Latvala's bill is misguided because we have a transportation issue in Tampa Bay that needs addressing not a sudden transit issue requiring another transit agency to fund and another bureaucracy to bloat.

Laser focus in Tampa Bay should be on getting our existing infrastructure into good repair. That's what FDOT's TBX project, now delayed, does - by fixing the Howard Frankland Bridge, fixing the chokepoints at 60 and I-4, and adding the needed additional interstate capacity that also provides a regional express bus transit corridor and can be a catalyst for use by autonomous vehicles/buses.

No one knows (or is not willing to tell) how this regional transit authority will be funded, who will fund it or what it will fund. We should not have to pass this bill to find out those answers. That is not good governance.

Latvala's bill will trigger the push for regional taxing and higher taxes in Tampa Bay, just as Mayor Buckhorn and Kriseman said. Powerful politicos and special interests want costly rail and apparently do not care that voters in Tampa Bay have already soundly rejected these boondoggles.  It's the try try try again attitude attempting to wear out voters.

And regional transit authorities pushing regional tax hikes is how most, if not all, the light rail boondoggles were passed.

This latest scheme is probably the last gasp of air to push rail in Tampa Bay.

Pull the ventilator plug by stopping Latvala's misguided bill and stop the power grab for regional power and higher taxes in Tampa Bay.

Senator Latvala, who is the powerful Senate Appropriations Chair, will arm twist his bill through the Senate.

It will be up to the House to stop this regional power grab bill.