Kill the Bill Driven by Special Interests and Unscrupulous Politics 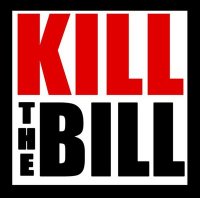 What happens when a powerful and arrogant state politician teams up with special interests to ram their agenda through by the state because their agenda keeps losing bigly at the ballot box?

This is the Genesis years ago for Senator Latvala's regional power grab bill for a regional transit authority in Tampa Bay.

As stated before, we have a transportation issue in Tampa Bay not a sudden transit issue. Transit ridership is declining by double digits. Latvala should be laser focused on fixing the Howard Frankland Bridge, our interstates and the chokepoints that 180,000 vehicles use everyday, expanding interstate capacity and creating a regional transit corridor cost-effectively on managed lanes that could be used by autonomous vehicles/buses, not forcing taxpayers in Tampa Bay to fund another transit authority.

How was SB1672 created? It was written by special interests Tampa Bay Partnership.

Tampa Bay Partnership has been the biggest supporter of rail referendums in Tampa Bay. Remember Moving Hillsborough? They were the pro rail PAC who ran the FAILED 2010 $1.3 million pro rail tax advocacy campaign. Moving Hillsborough Forward was the siamese twin of Tampa Bay Partnership, the connected organization to the PAC and the biggest financial donors to the pro rail tax campaign. Find all of their contributions and expenditures here. Deep pocketed special interests donated hundreds of thousands of dollars to the rail tax hike campaign.
Again, in 2014, Tampa Bay Partnership was a big donor and provided the accounting and administrative support for the FAILED $1.5 million Greenlight Pinellas PAC, Friends of Greenlight. Find all their contributions and expenditures here. An eye popping contribution was from the National Association of Realtors for $245,000. No surprise - rail is never about mobility but about land use.

Polk County had transit sales tax hikes on the ballot in 2010 and 2014 also supported by Tampa Bay Partnership and they too went down in huge defeats.

After Greenlight was defeated and after suffering so many defeats, Stuart Rogel, CEO of Tampa Bay Partnership resigned. They did finally stop taking taxpayer money. Good!

Now the Tampa Bay Partnership is using our state legislature and a powerful Senate Appropriations Chair who wants rail across the Howard Frankland Bridge and trains to a new baseball stadium.

Remember this bill intentionally never went before the local delegations of any of the counties impacted so local citizens could never weigh in. Latvala and Tampa Bay Partnership know citizens cannot drop everything and make a trip to Tallahassee. They bank on that.

How can a transportation bill not go through the Transportation Appropriations Committee? Because Latvala plays games with the rules. Brandes is probably the most knowledgeable Senator on Transportation issues in Tallahassee and Latvala's tactics to avoid his committee reeks.

What is the latest on this messy and unscrupulous regional power grab bill?

It went through the Senate's Community Affairs Committee yesterday but was amended to provide some additional oversight. Kudos to Senators Lee and Brandes for their efforts to minimize potential shenanigans we fully anticipate will be created by this new regional transit authority. Confirms the Senate does not trust the new TBARTA either.


Sens. Jeff Brandes of St. Petersburg and Tom Lee of Thonotosassa overrode Latvala with an amendment that strips the authority of its independence by requiring legislative approval for any local spending on a light rail system and barring the authority from spending money to advocate for light rail in a voter referendum.

"Voters of Hillsborough County and Pineellas County have rejected these in the past," Brandes said. "My goal is that this doesn't become an opportunity for Greenlight Pinellas 2.0," referring to the latest rejection of a transit plan by county voters.

Latvala was so livid at the transit maneuver by Brandes and Lee that he declined to speak to a Times/Herald reporter after the vote. As Latvala silently left the hearing room, Lee said: "You're welcome, Senator Latvala."

Of course Tampa Bay Partnership was there in person to speak in support of the messy bill they created.


St. Petersburg’s Jeff Brandes and Brandon’s Tom Lee, neither of whom as considered enthusiasts of light rail — added an amendment that would create additional obstacles if the newly configured TBARTA ever opted to pursue a light rail project.

Taxpayers in Tampa Bay appreciate Senator Brandes and Lee's efforts because we know Latvala was holding hostage so many bills.

Remember this is a two phased mess. No regional transit authority can do anything without funding. We have to pass this bill to then find out how the new TBARTA will be funded, who will fund it or what is to be funded. That is not fair to taxpayers and simply bad governance.

Next year the new (highly politicized) TBARTA Board will come back to Latvala and the state legislature, as Latvala admitted when he presented the bill, for more legislation to answer those critical questions. Next year is conveniently timed with the Regional Premium Transit Campaign.

The last stop this session before a floor vote in the Senate is the Appropriations Committee that Latvala chairs. Senators, especially those outside the Tampa Bay area, should look at Latvala's bully tactics and be concerned because these tactics could be done to them.

Once a regional entity is created and funded, it is basically impossible to get rid of, no matter how far amok they run or how corrupt they become. Regional transit authorities throughout the country have become very powerful, arrogant and wasteful as they empower special interests influence.

The public and the electeds should understand the unscrupulous politics associated with this bill. The best disinfectant is to shine a light on them.

Hopefully truth will triumph over tyranny and the House will Kill the Bill.