Politics is local. During this pandemic and the civil unrest in the streets, it is more important than ever to pay attention to local races including the nonpartisan Hillsborough County Soil and Water Conservation District 2 Supervisor race.

There are three other candidates running in that race but Jaroch's biggest competitor appears to be Doug Rivero. Per LinkedIn, Rivero is a Political Science Professor at St. Petersburg College.

According to his Facebook feed, Rivero is also an anti-capitalist Bernie Bro Socialist. Rivero has endorsements from Socialist and Far Left organizations including Our Revolution and Tampa Bay Democrat Socialists who are demanding Tampa defund their police department. 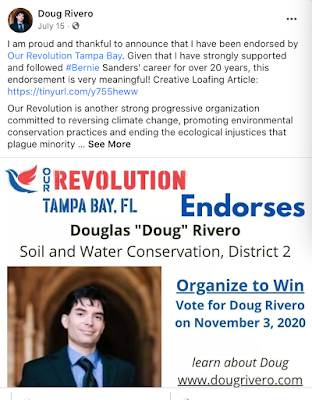 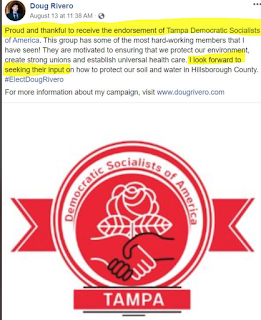 Rivero's Facebook Page is filled with Far Left rhetoric and he also disparages Jaroch revealing he thinks she is his biggest competitor. 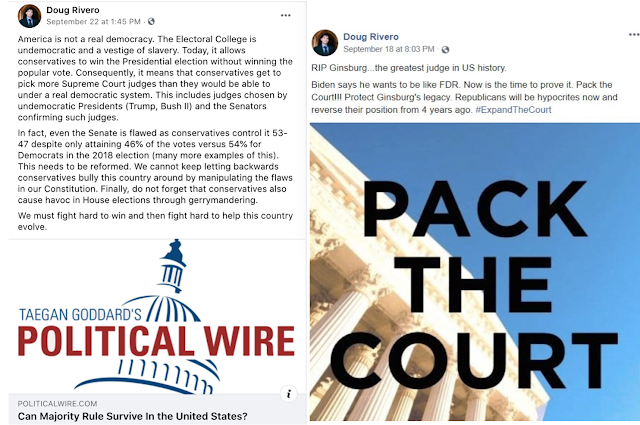 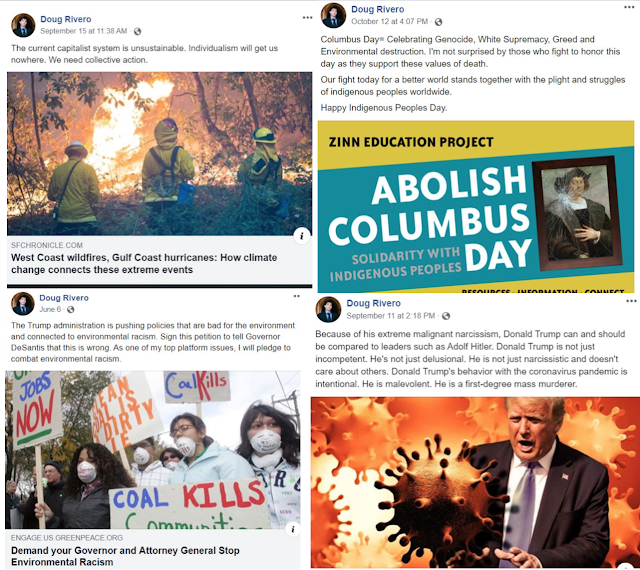 Rivero has advanced degrees in Political Science from Florida International University (FIU) but does not understand America's Founding. How does that happen?

Are students in Florida missing basic Civics and History lessons in our high schools and universities?

Perhaps so if they are being taught thru the Zinn Education Project a predecessor to the New York Times 1619 Project fraudulent indoctrination tool.

Rivero promotes fundamental changes that rip apart the very fabric of our Republic and he is teaching our college students. Rivero states in interviews posted on his Facebook page that he is running for the Soil and Water Conservation seat to fight environmental justice and environmental racism and wants to use this position to teach "little kids".

Rivero's Far Left rhetoric and flame throwing name calling posts on his Facebook page are distasteful and disturbing. Some of it, perhaps acceptable in the Progressive groupthink bubble of Academia, is over the top for a candidate running for the nonpartisan unpaid Soil and Water Conservation position.

It is important to research candidates all the way down the ballot, including nonpartisan races where candidates are prohibited from mentioning party affiliations.

Pay attention to the races at the bottom of the ballot and vote wisely. Those who get elected can use those positions as springboards to run for a higher office.