The Greater Tampa Chamber of Commerce is considering polling Hillsborough County voters to gauge their appetite for a half-cent sales tax to finance road, trail and transit projects.

The chamber’s money and influence would be crucial in selling the transportation tax to voters if county commissioners put the measure on the Nov. 8 ballot. That support will likely depend on the results of the poll, if there is one.

Start by asking those polled if we should first begin appropriately funding our roads and transportation within our existing tax revenues as we know the county has $123 million of new revenues in 2016, including $40-50 million of new recurring revenues as our county revenues stream continues going up.

Of course poll results are only as relevant as details such as the specific questions asked and the demographics of who is actually polled is known.

Instead of pondering whether to do a poll, the bigger question is will a valid poll officially drive a stake through any proposed sales tax hike? Voters are restless and more upset than ever this election cycle. Putting a sales tax hike wanting billions more on the 2016 ballot going to "placate" them? And yes the billions more is for a plan that includes high cost trains that will benefit few  - again. Deja Vu? 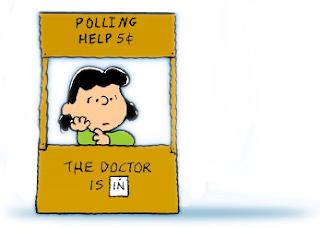 According to the Tribune, the Chamber sent their political cavalry to County Center to help their poll pondering:


The chamber is serious enough about a poll that it sent former Florida Gov. Bob Martinez and former U.S. Rep. Jim Davis to meet with county officials about possible poll questions.

Martinez and Davis met with County Administrator Mike Merrill and County Attorney Chip Fletcher several weeks ago and brought along a draft of some possible questions, Merrill said.

Why did the Chamber send in their political cavalry to meet with unelected bureaucrats if they want to gain insights regarding the transportation policy issue? Merrill and Fletcher are not policy makers and they are not accountable to any voters. Why wasn't the Chamber's political cavalry talking with the actual policy makers, the county commissioners? And what role was County Attorney Fletcher playing in a discussion about a poll?

Martinez and Davis met with the wrong people because on the transportation issue - Merrill is tainted. He is a big problem and a big liability - whether of his own doing or enabled by others. Merrill is a staunch supporter of another huge sales tax hike, is smack in the middle of the crony Go Hillsborough debacle and has been the public and media face throughout the flawed Go Hillsborough campaign. And the law enforcement investigation may be so narrowly focused that we may never know the true extent of the crony mess Merrill helped create.

The Chamber knows how to do polls. There's a good possibility they've already done some polling about Go Hillsborough and a sales tax hike. So what was really going on and what was really being discussed with bureaucrats Merrill and Fletcher?

We are left wondering what the Wizard of Oz of County Center will pull out next from behind his green curtain.


The results of the sheriff’s investigation are expected to be made public in the next week or so. If the investigation turns up no wrongdoing, Merrill said, he expects the chamber to support whatever transportation plan and financing mechanism county commissioners approve.

“On February 17th or 18th, we will be able to restart the actual decision-making on the plan and the funding so we can be in a position at the end of March to do a sales tax, if that’s the way the board wants to go,” Merrill said.

Merrill speaks for the Chamber? Merrill tells the county commissioners when he wants them to vote on a sales tax hike? How many times has Merrill told the media since last year when a vote on the sales tax hike was coming? Instead it keeps being delayed. Wasn't it Merrill who kept saying a full year was needed to educate persuade voters to support the sales tax hike? Wasn't that the excuse used after the 2010 sales tax was overwhelmingly defeated - "they" simply did not have enough time?

Like Beth Leytham, Merrill is wearing too many hats and playing too many kingmaker roles down at County Center, some of which blatantly overstep his authority as County Administrator. The county commissioners cannot delegate their policy making authority to an unelected bureaucrat and it is illegal for Merrill and other county or city employees to be discussing a private sector advocacy campaign in private group meetings.

Where did the Tribune get this statement?


A main component of the Go Hillsborough plan — mobility fees paid by developers — is the subject of a commission workshop Feb. 4. The fees are meant to capture more of the true costs of increased traffic from new developments.

Go here to find the Mobility Fee presentation that will be presented to the county commissioners at a Thursday workshop. Nowhere is there any mention of the mobility fee tied to Go Hillsborough or specifically to a sales tax hike.

How many times are the county commissioners going to tolerate County Administrator Mike Merrill, an unelected bureaucrat accountable to no voter, making misleading statements to the media? How much longer are the county commissioners willing to keep him as the tainted face of our transportation issue? They must send Merrill back to doing the job he was hired to do and remove him totally from our transportation issue.

The quote at the end of this article by Chamber President and CEO Bob Rohrlack is a bit disingenuous almost three years after the transportation initiative began.


“The fact that our community as a whole is talking much more about transportation is good,” Rohrlack said. “There is an overwhelming majority that is saying doing nothing is not an option.”

The county spent over $1.3 million on a taxpayer funded marketing campaign for the sales tax hike that resulted in blatant cronyism and a law enforcement investigation. Yes, the community is talking transportation but it's not talking about support for a sales tax hike.

We have been publicly saying "doing nothing is not an option" since the transportation initiative started in 2013.

We have been publicly requesting the county commissioners have a Plan B for a long time.

Where has the Chamber or the rest of the business community publicly been, especially since this crony Go Hillsborough mess? Sitting on the sidelines as we wait and wait and wait while our local roads continue to crumble and deteriorate as nothing gets done.

If the Chamber is really serious about the "doing nothing is not an option", the Chamber should have sent their political calvary to tell the elected officials - not unelected bureaucrats - time for a serious discussion about a Plan B - no sales tax hike referendum required. The commissioners do not have to reinvent the wheel, they can start the discussion with Murman's proposal. They have all the data they need and they do not need Mike Merrill, more consultants, studies or crony PR firms.

Instead of pondering another poll, it would be refreshing to hear the Chamber publicly request the county commissioners to actually do something and NOW.

Regardless of the outcome of the law enforcement investigation, Go Hillsborough and any proposed sales tax hike has a dark cloud hanging over it. No $2 million advocacy campaign, funded and supported again by special interests or astroturf, can overcome that dark cloud.

There's a good chance a valid poll will reflect little or no appetite for another huge sales tax hike so the Chamber should just do it - do a poll. We then hope they will honestly publicly provide the results and details.

If the county commissioners vote to put a toxic sales tax hike, created by a flawed and crony marketing campaign, on the 2016 ballot, we believe it will most likely fail - and nothing will get done. We all lose.

Then what will the Chamber say?
Posted by Sharon Calvert at 8:13 AM