St. Pete's "Art in Transit" has hit a few bumps in the Road 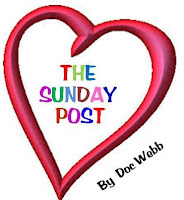 A new approach by the Kriseman administration may benefit everyone.

Back when Bill Foster was Mayor the City as part of the "arts destination" concept developed a plan to convert the mundane PSTA bus stops into a "unified artistic vision" Art in Transit.

Funding was about $2.3 million from the City and a series of grants. That is a lot of money.

You can get the detail in the Tampa Bay Times article by Charlie Frago Back to the drawing board for St. Petersburg's Arts in Transit project.

Late in December of 2015, after almost eighteen months of not much happening Wayne Atherholt, the City's Cultural Affairs Director, pulled the plug on the Millet/Stackhouse project.

Millet and Stackhouse sit at or near the top of the elite of the St. Petersburg arts community. The project with their names on it would have garnered national if not international attention.

The stuff "arts destinations" are made of.

To understand what is going on here you need to read my series of Posts with Wayne Atherholt from May of 2015.

Millet and Stackhouse make the point that they did not get enough help from the City staff on legal, right of way and other non-artistic issues. That statement is probably true, but unknown is how and when they sought out help from the City.

My guess is they were hoping to get the public works support free from the City and hang on to as much of the $2.3 million as possible.

With $2.3 million to develop the project, it would have been wise to seek out some help from public work's professionals to resolve common issues in right of way construction.

Turning over what is as much a public works project, building bus shelters in the right of way, totally to the artists charged with making them "artful" is not a very good plan.

The problem is revealed in two quotes from the Frago Article first, regarding Millet/Stackhouse: "They just weren't able to provide what we normally get from those types of projects," said Atherholt, he added, we didn't get what we needed. City officials decided that it needs a team that has more expertise in public works and engineering. Artists aren't usually in charge of these types of projects."

Most telling is another quote from Atherholt, "The city remains excited about the project, which may or may not involve multiple artists."

Look for the City to divide the Art in Transit Project up into a series of bids or one bid with a project manager requiring multiple artists and make an opportunity for numerous local artists to share a piece of the $2.3 Million dollar pie or what is left of it after the City settles with Millet/Stackhouse.

This approach will put needed revenue into the St. Pete arts community, a primary Kriseman goal, and the public will actually get something in return.

Will Art in Transit be as "artsy" as would have been with Millet/Stackhouse? Probably not.

However, Millet/Stackhouse could come right back and bid on a part of the project.

For now, don't pay too much attention to the balling and whining of the top end of the St. Pete arts community. Kriseman, Atherholt and the city team are taking the right approach.