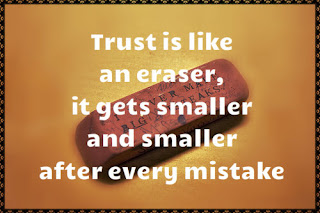 No wonder there's a bad case of Distrust with County Center in Hillsborough.
The effort by the Hillsborough County BOCC and County Administrator to place a second sales tax for transit on the ballot has already begun. Even before returning the $532 million illegally taken in their last attempt, they are planning to place essentially the same $16 billion-dollar 30-year rail tax on the ballot. They plan on using the same lies and pronouncements used in 2018 to get you to give them the money.
One of the biggest lies, which is new this year, is that if you don’t pass the sales tax the roads and sidewalks in the county will turn to dust. If you do not give them $700 million dollars over the next 10 years 20% of the roads in the county will be impassable, traffic lights will stop functioning, children will be walking in traffic without sidewalks and bridges will collapse. All within the next 10 years. This is basically what was told to the BOCC by the County Administration just 2 months ago at a transportation workshop.

How did we get to this point, why is this happening now and who is to blame?
Anyone driving the roads in Hillsborough County knows the condition of the roads and see how they seem to get worse every year. So does the county. They not only knew of the worsening condition in the road network year after year, but they were following BOCC policy.
In response to the Great Recession in 2008 the BOCC adopted a new method of following the paved roadway subset infrastructure condition. The board adopted the Pavement Condition Index (PCI) as the approach to follow the road and bridge transportation infrastructure in the county. The PCI is a system of tracking the pavement condition for the road network in the county and part of the County Pavement Maintenance System (PMS).
Developed in 1982 by the Army Corp of Engineers, the PCI gives a ranking from 0-100 for every road segment in the county which is combined into an overall score for the network. A score of 100 is excellent and given to new roads. A score of 0 is road failure and the road must be replaced. Some groups consider a score of 40, which is poor, as designating a road that is impassable. Collecting this data is how those in county transportation determines which roads need maintenance and keep the roads drivable and in acceptable condition.
But what is acceptable condition in the county? In 2008 the board at behest of the administration declared the county is committed to financing road maintenance to keep the PCI level for the network at fair or >55 on the PCI scale. This was done as a cost containment to maximize efficiency in maintaining our roads. How well did it work?
In 2009 the PCI for the county was 78.4, well into the “Satisfactory” level and close to the highest rating which is good. What happened over the next 13 years? The graft below shows the declining road quality to a level below 62 in 2019. In the last 2 years the Transportation department won’t publish the actual PCI network number. They only state the PCI is greater than 56 which is still in the “fair” category and within county policy.