The cronies are pumping their rail tax hamster wheel again.

Instead of the County directly using Parsons Brinkerhoff and local PR crony Beth Leytham as they did with the 2016 Go Hillsborough rail tax hike scam, this go round the County just merged with the All for Transportation Transit (AFT) rail cartel cronies. The County is shamefully rewarding the very same people who funded the illegal AFT rail tax.

The old cronies are the same as the new cronies. Many of the AFT cronies were donors and associates of the 2010 pro rail PAC Moving Hillsborough Forward (MHF). MHF, created by leader of the rail cartel the Tampa Bay Partnership, spent almost 2 million dollars on their PR campaign supporting the 2010 rail tax. Thankfully that rail tax boondoggle was overwhelmingly defeated 58-42%.

The vast majority of Hillsborough residents want their roads fixed. But the "tone-deaf" cronies just pivot and turn the other way in their rail cartel hamster wheel. They want AFT 2.0 rail tax on the November ballot. It will take $18 BILLION out of the wallets of taxpayers and businesses in Hillsborough County that will benefit them.

The rail cartel does not care about taxpayers and businesses struggling with raging inflation, declining real wages, economic uncertainty and many still recovering from the pandemic. Like 2018 when the rail cartel cronies funded the unlawful and illegal 2018 rail tax - the End Justifies The Means.

The rail cartel campaign for a $18 BILLION AFT 2.0 rail tax is underway.

Jeff Vinik, AFT's largest donor who donated almost a million dollars to AFT in 2018, has opened his wallet again. Vinik has already donated thousands of dollars to ALL the county commission incumbents running for re-election in November.

According to their campaign filings on the Hillsborough County SOE website, Vinik has donated to 4 of the 5 Tampa Centric Democrats (Kimberly Overman, Harry Cohen, Gwen Myers and Mariella Smith) and Republican career politician Ken Hagan.

The District 4 county commission seat is open with Commissioner Stacy White term limited this year. Vinik covered all his bases and has donated thousands to Michael Owen, a Republican who has filed to run for the District 4 seat.

Vinik has been eerily silent on the transportation issue since Commissioner White's lawsuit was filed. Local media has protected him by never asking him to answer why he funded an illegal tax in 2018.

But his money talks.

Also, Gladys Kravitz Busybody Beth Leytham, associated with the Go Hillsborough scandalous debacle, has also donated thousands to these same incumbent commissioners and Owen. The Leytham dollars have flowed from her individually, through her PR firm and through her daughter. Leytham has gotten gobs and gobs of taxpayer monies over the decades and will want a piece of a massive $18 BILLION rail tax hike.

The rail tax is tied to a new taxpayer funded Rays stadium in Ybor City. Campaign filings reflect some directly associated with the new stadium have started opening their wallets to some incumbents.

Ybor Land LLC, owned by Darryl Shaw, who would benefit greatly from the rail tax and the new stadium since he bought up all that property, has chipped in.  The Chief Cheerleader for a new Rays Stadium Cheerleader Ron Christaldi has opened his wallets to incumbents.

The rail cartel donors who keep funding massive rail tax hikes and funding those who support their costly rail agenda have polluted the transportation issue in Hillsborough County.

The County's tax hike playbook has grown old and stale. The entrenched County bureaucrats are again presenting misinformation, disinformation and confusing information to mislead the public. We've seen this rodeo before as it is the same sloppiness and intentional incompetence.

Hillsborough County refuses to properly prioritize the bloated County budget. They rely on the public not  reading or understanding the County's growing budget. The County creates a false narrative that a massive sales tax hike is needed to fund transportation. Then they refuse to discuss any other funding options and/or revenue sources.

NO sales tax hike is required to fund Hillsborough County's transportation "needs". It is basic math, deciphering the County's incoherence, and proper spending priorities. It it a hoax for anyone at County Center to demand/request or claim taxpayers must give Hillsborough County one penny more of their hard earned money.

The city of Tampa and Vinik's WaterStreet District have revenue sources available to fund their own trains if that is their priority. 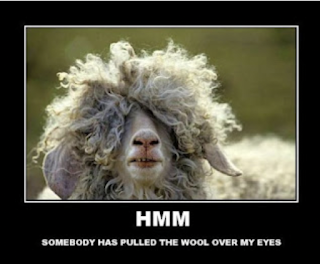 For background and more information about the crony Go Hillsborough scandal and unlawful AFT rail tax initiatives, use the Search bar on EyeOnTampaBay.com

Posted by Sharon Calvert at 8:16 AM