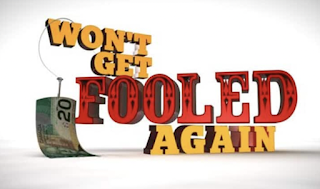 Bankrolled again by special interests donors, All for Transportation (AFT) is kicking off another deceptive campaign to mislead voters about their massive $23 BILLION rail tax on the ballot.
We are right again. AFT admits it is AFT's rail tax do-over on the November ballot. AFT simply used the Tampa Centric 5 Democrat commissioners as their conduit to put their tax on the ballot
However, AFT makes such admission at their own risk.
AFT's 2018 rail rail tax was ruled unlawful and thrown out by the Florida Supreme Court. AFT is to blame for why $560 MILLION of unlawfully collected tax dollars has yet to be refunded to the taxpayers in Hillsborough County.
Now the Court of Public Opinion about AFT's do-over rail tax officially starts again.
There are more good reasons to distrust AFT today than in 2018.
Kevin O'Hare, who was a paid employee of AFT's 2018 campaign, posted on his Twitter feed that he is back on AFT's payroll as their "campaign manager". O'Hare had left AFT after 2018 to work for America Votes - "The coordination hub of the PROGRESSIVE COMMUNITY."
Since AFT used over $4 MILLION of special interests donor dollars in 2018 to silence critics and censor their opposition, no surprise this was tweeted to O'Hare and AFT.

Any attempt to "silence critics" of the AFT's rail tax, including a Hillsborough County commission candidate, should disturb ALL voters and taxpayers in Hillsborough County.
AFT was negligent in 2018. They totally ignored repeated warnings from both sitting County Commissioner Stacy White and NoTaxForTracks their rail tax may have numerous potential legal issues.
AFT has never apologized for ramming an illegal rail tax on the ballot in 2018.  Instead they are doubling down for their rail tax do-over.
However, there is already a legal challenge filed, before the November election, alleging the AFT 2.0 rail tax ballot language is unlawful. Could there be numerous legal issues with AFT's do-over rail tax?
Hillsborough County Voters and Taxpayers cannot risk being subjected to any further negligence by AFT and the County that results in another huge refund mess.
AFT refused to debate NoTaxForTracks in 2018 because their pro rail tax marketing propaganda could NOT withstand scrutiny. AFT also refused to debate because they could not risk the voting public knowing about AFT's rail tax legal issues.
And Deja Vu!
Dr. Jim Davison, a spokesperson for NoTaxForTracks, publicly asked AFT to debate recently and AFT again refuses.
Dr. Davison has studied Hillsborough County's budget and been involved in the County's transportation issue for 25 years.

AFT cowardly sends a written statement claiming "there's nothing to debate".
The debate is over how to fund transportation NEEDS in Hillsborough County not over the claim there are needs that must be funded.
Dr. Davison has a transportation funding plan that does not need a massive NEW tax hike.
Therefore, voters and taxpayers in Hillsborough must demand head to head debates between NTFT and AFT. They deserve to hear both sides now!
AFT believes there must be no debate about their $23 BILLION rail tax policy question asked of voters in November. It's their way or the highway. How authoritarian is that?
Authoritarians censor, shut down opposing views and refuse to debate their opposition. Refusing to debate is Un-American and Un-Democratic.
Perhaps AFT's name is better described as Authoritarians For TaxHikes.