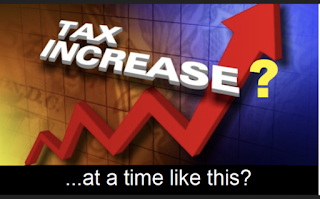 Hillsborough County's transit agency HART is a fiscal mess. HART's governing board is responsible. And their solution to HART's fiscal mess they helped create - a massive new inflationary rail tax hike at a time when we are experiencing the highest inflation tax rate in 40 years.

At the April 4th HART Board meeting (terrible audio in video) HART Board members (the governing body for HART) stated HART's highest priority is to expand and transform the Tampa Streetcar into an expensive light rail system in downtown Tampa.

Did you know the Tampa Streetcar is "free" to the rider. Nothing is ever actually free. FDOT is funding the Streetcar's "free" rides in Tampa with millions of your tax dollars - though you may never or rarely ever ride it.

The Streetcar is not a commuter train. It is a tourist amenity 100% subsidized by taxpayers that has extended hours when there are Lightning games or events at Amelie Arena.

The rail tax on the November ballot mandates that 45% or $9-10 BILLION of the $20-23 Billion tax are Transit-Restricted and must go to HART. There are no Road-Restricted funds that must only fund road improvements. The 54.5% or $11-12.5 BILLION of Un-restricted General Purpose funds can be spent on any transportation project allowed by Florida Statute 212.055, including rail and transit projects.

At the April 4 meeting, HART Board member Tampa Mayor Jane Castor said the Streetcar transformation to light rail project is the #1 project for the city of Tampa.

Castor said the "transit situation is a crisis" so she will use Tampa's share of the un-restricted "General Purpose" rail tax dollars to help fund HART's Streetcar light rail project....that benefits wealthy downtown developers the most.

This is why more than 50% of the total inflationary rail tax dollars will be spent in the city of Tampa where only 1/3 of the population resides.

The inflationary rail tax is a "taxpayer beware" risky business bait and switch.

HART already has a long term funding source - a half mil property tax. A new rail tax would be an additional transit tax that does not eliminate HART's existing property tax.

HART's property tax revenues have no restrictions on constraints on what they can be spent on. With new rail tax Billions, HART's property taxes could become a slush fund or dumped into HART's Reserves for future spending on costly rail projects.
In 2020 HART planned to use the now illegal and unlawful 2018 All for Transportation (AFT) rail tax to "maintain current service levels". AFT's referendum clearly stated the new tax dollars were to be spent on expanding and enhancing HART's transit services. A bait and switch.

Will there be betting odds that HART will want the Tampa's new light rail to be 100% subsidized by taxpayers?

The HART Board makes the financial decisions for HART. Commissioners Overman, Kemp, Meyers and Smith sit on the Board with Mayor Castor, AFT Chairperson Tyler Hudson and AFT Spokesperson Rena Frazier.

At about 1:17 in the April 4th HART Board meeting video, Commissioner Overman asks why HART has a "shortfall". The response was it's primarily because HART has higher operating costs than operating revenues.

Commissioner Kemp admitted at the April 4 meeting that HART is a financial disaster: "I've been on this board for 5 years and we've been on the edge of or even over fiscal cliff for 5 years. ...The CARES act is [the only thing] that saved us."
Mayor Castor admits HART's declining financial position is depressing. She has been sitting on the HART Board since May 2019 after she was elected Tampa's Mayor.
How convenient: the same AFT folks who put the 2018 illegal AFT rail tax on the ballot get appointed to the HART Board and help create HART's "depressing" fiscal mess. No wonder AFT refuses to debate their opposition because they keep creating big messes.
The same people pushing the $20-23 BILLION rail tax have run HART's declining fiscal position into the ground.
As HART's fiscal position got worse, the HART Board was doing this:
HART administrators were receiving outrageous pay raises when so many in Hillsborough County were financially struggling, may have lost their jobs or their livelihoods.
Such fiscal irresponsibility, especially during a time of crisis, is appalling. These huge raises are now baked into HART's future budgets and operating costs. No wonder HART operating expenses are heading to a fiscal cliff.
HART cannot properly manage their existing revenues. They certainly cannot manage a new rail tax of $9-10 Billion that will more than double their current budget for 30 years.
If HART cannot do the smaller things well, bigger things will be a bigger financial disaster.
Dictating that taxpayers must hand HART $9-10 Billion of new tax dollars to bail them out and fund costly rail boondoggles is absurd.
The current HART Board cannot be trusted to provide proper financial oversight of HART.
HART needs a new Board.
HART Board members Commissioners Overman and Smith are on the November ballot together with their $20-23 BILLION inflationary rail tax bait and switch boondoggle.
Remember in November!
Vote wisely!
Posted by Sharon Calvert at 1:05 PM