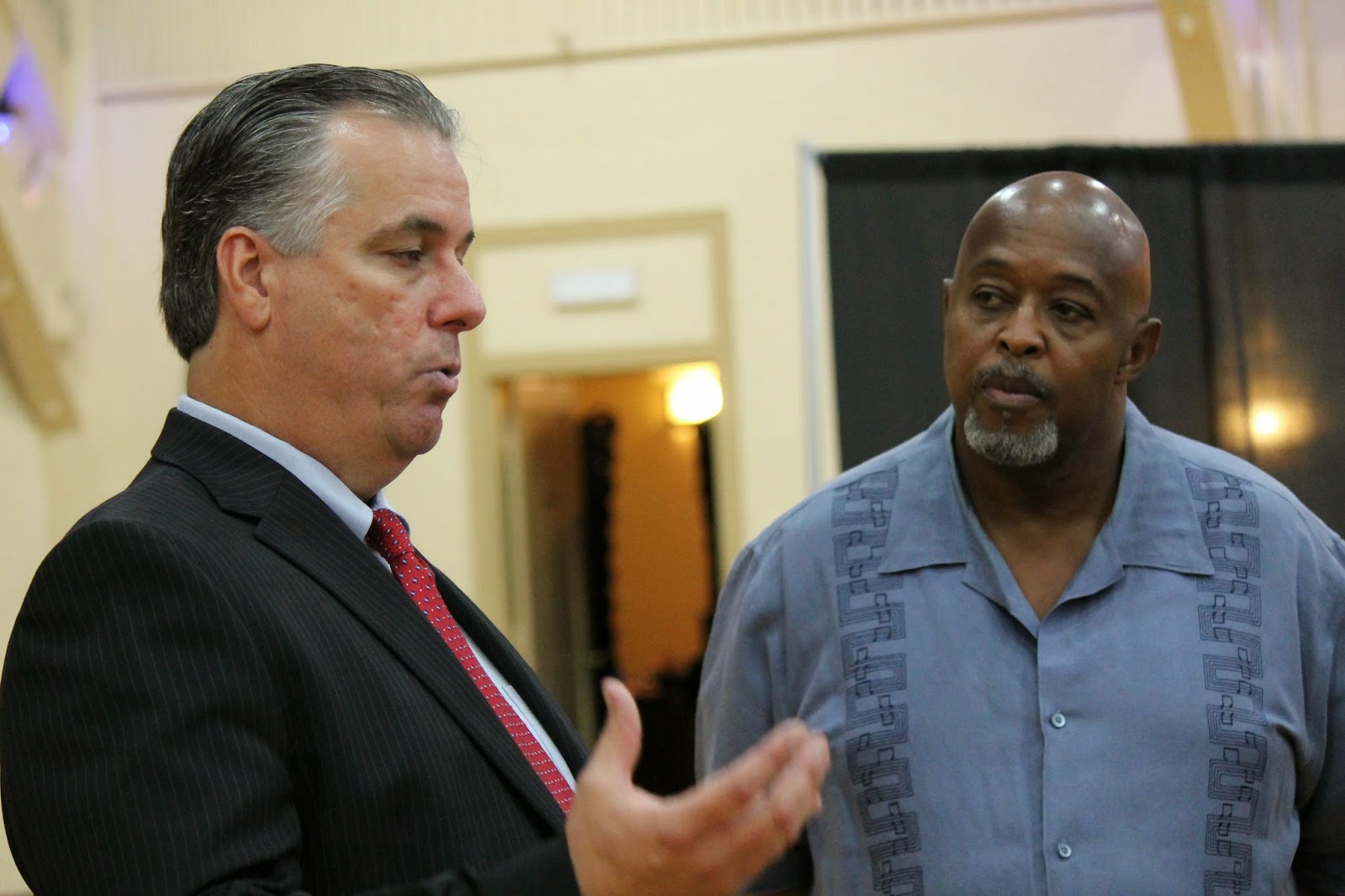 After 8 months of thinking and deliberation, St. Pete Mayor Rick Kriseman plans to get down to the final decision of who will be St. Pete’s new Police Chief “sometime” in July.

In all reality this may be a bit more difficult decision than some, me included, think.

If public opinion is to be taken into account, which the Mayor said it would, Bevan is the hands down leading candidate.

Geier is the out side candidate and there is a certain appeal to a fresh start. The problem is outside police chiefs have not fared very well at the ST. Pete PD.

Geier seems to be the candidate of Goliath Davis and the old coalition.

Should Geier be selected chief, Bevan would be around for a while and would be supportive of the new chief, in all likelihood she would not stay long.

Since Geier would need some immediate support gaining a foothold as the new St. Pete Chief, where would he turn?

How about former Chief Goliath Davis, his staunch supporter in the chief selection process?

In this scenario: Geier becomes Chief. Luke Williams remains as Chief of the Patrol Bureau and Bevan moves on.

Two rounds of promotions run by this new PD leadership along with some outside advice from the former chief, and the old coalition will have reinvented itself and be back in control of the St. Pete PD.

An effort to get Geier removed, as chief will already be underway.  One slight misstep by the new chief and there will be a hue and cry for his removal by the same crowd that ran Curt Curtsinger and Mack Vines off.

All of this would unfold about time for the Mayor’s re-election. There would be mounting pressure to make Luke Williams the new Chief.

Rather than go into the election with the Police Chief once again an issue, Kriseman and his brain trust would probably opt for Williams as the new Chief hoping to shore up south side votes and Go Davis support, at least in their mind.

So Mr. Mayor beware the BOGO (buy one get one).

Pick the outside candidate it is highly likely you will get two for one.
Like most BOGOs this one is a bad deal.