This is Charlie Gerdes Moment to Shine 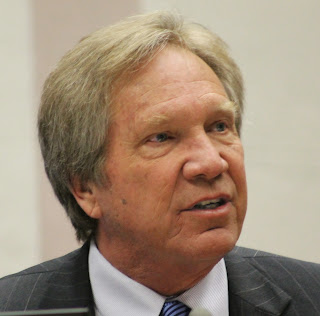 
The Pier Selection process is a near train wreck. The Mayor has basically squandered away all of his administration's credibility and leadership. It will be interesting to see who the administration sends up to present the Selection Committee findings. Most likely it will be Connors although the Mayor may make a rare appearance.

I like to think things happen for a reason, and it seems to me Charlie Gerdes ended up as Council Chair for precisely this moment. Gerdes, who has a tendency to over think things a bit, is a really smart guy. He puts the pieces of a puzzle together very quickly.

Whenever things are raging about him Gerdes can bring logic and calm to a storm. That's called leadership.

The City Council Chair has a lot more discretion than City Administrations would like to admit.

The Kriseman take or leave it push on the Pier Selection Committee recommendation has been pretty well debunked.

Kennedy likes and respects Gerdes and will listen carefully to the Chair's ideas.

Kornell, who also likes and respects Gerdes, wants this whole thing to end peacefully. The issue here is to not let Steve get confused by any legal maneuvering

Rice, who probably let her tweeting fingers get the best of her when she belted out a Pier Park support Tweet, may have a hard time walking that back. Gerdes needs to give her a clear and logical path to make that decision.

Nurse will be a careful observer of the process, and will be looking for the mines in the mine field. Listen carefully to his comments.

Dudley, who likes and respects Gerdes, would like a clear and well defined path out of the mess on the table. Dudley has no problem going to the public for a vote but will worry unnecessarily about how much it costs.

Foster could easily be the swing vote on whatever Gerdes manages to get on the table for a vote. As a new council member Foster has grown quickly in the role and fully appreciates the magnitude of what will happen on Thursday. Gerdes needs to make sure she is clear on where he wants to go.

Newton has already made it clear he will put up a motion to take the whole decision to a public referendum. Newt should wait a bit before he makes this move and let things play out. Some City Council members, who just as a general rule don't support Newton, need to put those biases in their back pocket on this one.

The concept of letting the people decide deserves a vote by their elected officials. Letting a Newton motion die for want of a second will almost insure a referendum. The trick here is, if the public vote is the way Gerdes wants to go then he needs to give Newt the motion or the opportunity to second it.

If Charlie can get some solid help from John Wolfe, keep the discussion from getting out of control and take advantage of the really solid minds sitting on the dais with him, he can lead this City out of one of the most divisive periods recent times.

Gerdes is the right guy to lead this discussion. He will be humbled by the magnitude of the problem his Council faces and his desire to do the best for the City he loves.

He will do a great job.