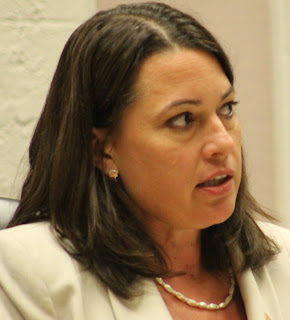 It really didn't come as much of a surprise that City Council member Darden Rice is throwing up a trial balloon in the 13th District Congressional race. That seat is currently held by David Jolly, who is considering a run for the Senate.

You can get some additional information in an article in the St. Petersburg Tribune by Christopher O'Donnell, St. Pete councilwoman Rice eyes David Jolly’s U.S. House seat.

Rice has always been politically ambitious and this would be a major leap should she decide to run.

Darden is smart, articulate and very politically savvy as her soaring rhetoric on City Council often shows. She is tenacious and has strongly held set of ideals and goals that have served her well right up to this moment.

There are some who would argue that Rice is not quite ready for the prime time of the US House of Representatives but I would strongly disagree. If you look carefully at her background she has spent the greater part of her life in public service and has navigated some very tough political waters.

She is a great consensus builder and can calm a political storm as well as anyone.

The other thing that Rice has going for her is she is not part of the privileged political class. Darden has had to work hard for everything she has accomplished. She is not afraid of failure or hard work.

There is nothing to indicate that that dedication would not continue with her to the US House.

In her run for City Council a lot was made of the amount of money she raised for her campaign, but I think you have to look past the dollars and look at the number of contributors who were willing to offer their support. There are a lot of people who trust and believe in Darden.

Darden and I don't always agree and every now and then she ends me an always pleasant e-mail reminding me where I may have gone astray. And I always appreciate them.

There is a new Facebook page Draft Darden where people are expressing their support.

Darden Rice would represent the 13th District well in Washington. I hope she gives the idea a lot of thought.