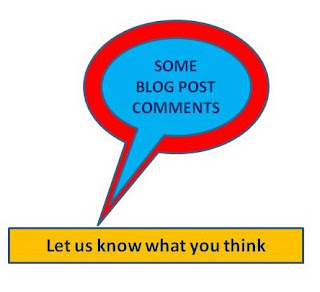 St. Petersburg, Fl
Opinion by: Some of Doc's Readers

I get a lot of e-mails about my Posts so I thought I would share a few with no edits for content, grammar or spelling.

On Donald Trump
Fox News Anchors: Responding and definitely agree with that they aren't doing their jobs, Only to disgraced Trump, Everyone is has been Critical towards him, I haven't decided who I like yet, The Only thing that bothers me about him is that He talks about the Mexicans, I have Spanish in my family and I that would break my heart, I understand to keep out the bad, But Anyone can be."Just Reminded me of watching the World War Documentaries about getting rid of The Poor Jewish People in gas chambers, My God, I hope and pray that this doesn't happen to us – DK

Trump knows we the people are sick of this country being run by idiots. It's his money that gives him the balls to say what the average American can't say. Our government sucks and we all know it. To bad George Carlan is not alive right now, He hit it right on the head about who our Real owners are! Like a big game and we're not in it. And if it wasn't for religion we would not have all this fighting going on in this
World. What mess! – TK

This article in the TBO and in other publications relates the plight of millennials that the City of St. Petersburg/City Council verges on age discrimination in their homage to this age group.

It seems there is no respect for Baby Boomers or the so called Greatest Generation, even though they pay the ad valorem taxes that support the salaries and benefits of City and County Government.

The major employers in St. Petersburg, according to City Administrator Dr. Gary Cornwell, are:

If there is a vote to raise the minimum wage to $15 per hour it will be on the backs of Boomers and GG...the only group that seems to be fair game for demeaning comments from the very folks who are fed by them.

Again, thank you for your posting about Millennials in St. Pete.  I cringe every time I hear how everyone else is demeaned when this group is fawned over by City Council members and the Administration.

It seems if there were an ice flow anywhere near St. Pete, any one not a millennial might be herded onto it and floated out to sea....

Just thoughts that your post brought to light. – MK

On The Kriseman Administration
Hi.  Your articles questioning the Kriseman administration are truly appreciated.  The recent one about the very obvious over-emphasis on "millennials" (and that Pier Park is a blatant attempt to cater to them) and now the stormwater debacle and making way for more high rises.  Hizzoner doesn't seem to have any common sense and his recent announcement of the City kicking in $200,000 for an arts festival in September....September?  At the height of the hurricane threats?  When people are focused on getting their kids into school, etc?  An arts festival that will not include the snowbirds with high priced condos and large wall expanses to fill?  Somebody wrote into the Times recently suggesting that the Gran Prix be moved to May because it is not very popular with most of our snowbirds in the winter.  This arts festival should be in the winter and Pier Park should be changed, drastically.  Hizzoner smiles so much and says he listens, and he doesn't listen at all, unless you are in his inner circle.  I was shocked when he threw support for the MacDill ferry that is troubled and way too expensive as no locals will benefit and how he isn't talking with Tampa's mayor about doing a study for a ferry between the two cities on the bay that are growing.  HELP DOC WEBB, HELP!!!!!!!!!!  Thanks.  –WJC

There is a place for comments below all my Posts and you can always respond on Facebook or send me an e-mail.

E-mail Doc at mail to:dr.gwebb@yahoo.com or send me a Facebook (Gene Webb) Friend request. Please comment below, and be sure to share on Facebook. See Doc's Photo Gallery at Bay Post Photos.
Disclosures:
Contributor: Waterfront Charter Amendment (Vote on The Pier), Carly Fiorina for President
Posted by Gene Webb at 5:00 AM