PSTA CEO continues to hang on to his job 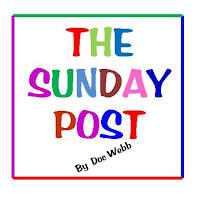 Then there is the whole issue of Miller deciding to fight a termination and what might actually come out.


Brad Miller CEO of The Pinellas County Public Transportation System, PSTA, has a checkered history with the agency.

It seems the PSTA Board of Directors, made up of mostly elected officials, just can't bring itself to deal with their sometimes wayward CEO.

A recent 10 News Investigate Report by Mike Deeson: PSTA personnel committee kicks can down the road on CEO details the latest PSTA attempts to deal with the issue through its Personnel Committee.

There was a glimmer of hope at the Personnel Committee meeting when Dunedin Mayor Julie Bujalski offered a motion to fire Miller, which could not even get a second from any of her fellow Board members. 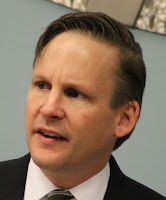 If you would like to see Miller's evaluations by the PSTA Board Members, you can read them here: Brad Miller PSTA CEO Annual Evaluations

Given Miller's history of misusing Federal funds, lying to the Board and illegally audio taping an employee's telephone conversation about a disciplinary action without the employee's knowledge it seems the transgressions are enough to warrant Millers moving on.

However, apparently not for the PSTA Board.

It could be that the PSTA Board is just trying to wait Miller out hoping he will resign and avoid the severance pay and the hassle.

Flawed thinking on their part.

Then there is the whole issue of Miller deciding to fight a termination and what might actually come out.

The terms for Miller's removal seem to be met. The real question is why has the PSTA Board waited so long to make a decision?

Through a public records Request, I acquired a copy of Miller's Employment Agreement with PSTA. It's a little long but an interesting read.