BP money for the arts a bad deal for everyone 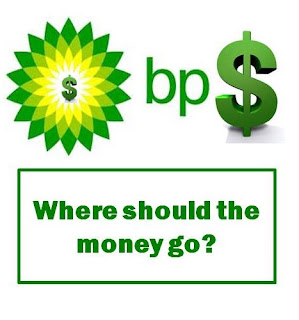 The decision on where and how to use the BP funds is critical.

St. Petersburg, FL
Opinion by: E. Eugene Webb PhD
Coauthor of: So You Want Blog.
A long time ago I was a member of a Southern Baptist church in west St. Pete. One of the widows passed away and left a rather large bequest. This particular church while not really struggling was like most not financially flush.

The ensuing battle between the various factions, the choir wanted new robes; the kitchen ministry wanted all new silver cutlery; the grounds' people wanted new equipment; the roof needed repair, some wanted new hymnals or pews and the list added up to more than even the generous bequest provided.

The ensuing battle left members upset and angry. Some even left the church.

I remember being in the pastor's office as he sat behind his desk, head in his hands and tears in his eyes saying I wish the money had never been given.

I doubt if Mayor Kriseman or any City Council members really feel like my former pastor, but the battle over the BP money is shaping up to be very similar.

The issue here should be the greater good for the long term.

This money is coming as a result of the greatest environmental disaster ever. The long-term results of the BP oil spill may not be known for decades.

The decision on where and how to use these funds is critical and will say a lot about who St. Petersburg is as a community.

Take the arts, for example.

The proposal to create a $1 million endowment for the arts has the arts people salivating.

I think it is a really poor use of the BP funds and in the end will do the arts community more harm than good.

Look at the most-recent effort by the Kriseman administration to create a "self-sustaining" sustaining" arts community.

Let me decode that for you, they want the arts community to no longer be a budget line item they have to deal with every year. An endowment is a great step in that direction.

Now, every year at budget time when the arts community makes their annual sackcloth and ashes begging visit to the administration and City council, they will be pointed to their million-dollar endowment as their funding source.

What makes it an even worse use of the BP money is the Kriseman administration wastes these funds padding the City budget.

A $1 million-dollar endowment will produce around $40 to $50 thousand dollars year and will probably come with some serious strings attached. The arts people can raise that amount of money every year with a bake sale and a silent auction.

Point that same $1 million-dollar endowment at a fund to help struggling schools and public education in St. Petersburg, and you get an enduring legacy of changed lives.

As I remember it, the Church ended up giving most of the money to world missions and the choir got some new, but not too fancy robes.

There is a lesson in all of that.