Commuter Rail may be an option 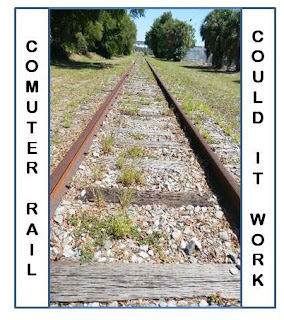 CSX would merely make the tracks available for lease through a deal with State the rest would be up to the local community.

CSX has thrown its hat into the tumultuous ring of Tampa Bay area public transit.

You can read the details in: Caitin Johnston's piece in the Tampa Bay Times, CSX's offer finally opens the door to commuter rail in Tampa Bay.

Carving an interesting path through Pinellas and Hillsborough Counties and connecting the down towns of Tampa, Clearwater and St. Petersburg, these CSX tracks could form a backbone to move commuters over fairly large distances.

For now, the CSX offers to make certain lines available do open a new and interesting window of discussion. The commuter rail system would, by its very nature, be inter modal requiring both bus and possibly light rail to carry short distance and last mile traffic.

There is a host of issues as Caitin Johnston points out, the most difficult overcoming the political parochialism that will always accompany an effort like the CSX offering proposes.

CSX would merely make the tracks available for lease through a deal with the State the rest would be up to the local community.

The initial thought is to establish yet another regional board made up of elected officials to try to bring a plan together.

These Boards of elected officials have proven to be virtually useless. They accomplish little beyond talk are poor managers, they are prone to encourage corruption, if not among themselves, then among the organizational staffs they create and their hired consultants.

Public transportation would be better served if TBARTA were disbanded, and the Hillsborough and Pinellas County transit authority boards were reconstituted with a majority of non elected officials.

The real issue here before any of this ever gets off the ground is to make sure we don't have the same-old  people, political groups, consultants, influence peddlers and politicians who want to get their hands into the money flow running this effort.

If they do commuter rail will likely go the way of GreenLight Pinellas, Go Hillsborough and other transit initiatives.