Is St. Pete City Council being marginalized and bullied by the Mayor? 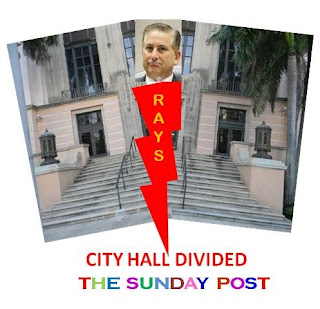 This is the first time since the 1992 Charter changes a strong mayor has refused to provide critical information requested by City Council.

St. Petersburg, Fl
Opinion by: E. Eugene Webb PhD
Coauthor of: So You Want Blog.
As we watch the Rays/City Council/Mayor Kriseman/MOU argument continue to unfold, the relationship between the Mayor and City Council is becoming more strained.

Twice now the Kriseman administration has refused to provide studies, read that as information, the City Council has requested.

First was the City Council request for an economic impact study that would have provided real information about the economic benefits or lack thereof regarding the Rays impact on St. Petersburg.

Then there was the City Council request for a land use study that would provide information about development opportunities with and without a baseball stadium.

At this Thursday's City Council meeting, in the most conciliatory terms, Council Member Jim Kennedy asked, the Mayor to reconsider the land use study and Kriseman basically said no way.

Under the current Charter provisions, City Council can only "request" the Mayor to provide information. They cannot direct such a request be filled nor can they undertake the effort on their own.

Since the Charter change in 1992 implementing the strong Mayor form of government, this is the first time a sitting mayor has refused to provide critical information requested by City Council.

My view on the economic impact study which Kriseman said, "might weaken our bargaining position with the Rays" was that the report would show there is little economic benefit derived from the Rays presence in St. Pete and if one factors in the amount of tax money the Rays suck up it may actually be negative.

Regarding the land use study, it is hard to follow the Mayor's logic on this one. One school of thought is that a detailed, independent study might reveal some serious issues with the site such as the extent of known soil contamination and seriously impact the whole redevelopment equation.

There is perhaps a much bigger issue as Kriseman tries to hold City Council at bay by denying them the information they request.

Kriseman is holding the City Council hostage by refusing to let them explore areas of the Rays deal he does not want either made public or in the Council's preview.

All of this sets a dangerous precedent and could result in this Council and future council's becoming unable to function.

If Kriseman gets away with stonewalling City Council on this one, he will continue to operate this way until he is voted out of office in two years.

For now, it's time for some hard ball.

While some would argue, it is not a good idea to let the Rays become a pawn in St. Petersburg political power struggle, there is a lot more at stake here than baseball.

City Council should merely tell the Mayor, give us the economic impact study and the land use study, and until you do the Rays, deal is on hold.

If the County Tourist tax money for a stadium is lost, and /or if the Rays just get tired of the whole mess and leave it will be Kriseman's fault.

Something needs to be done to prevent this type of deadlock in the future.

It may be time to consider a Charter amendment that allows City Council to commission their own independent studies; soliciting them through the City Purchasing Department when a Mayor has denied them information they feel is necessary to make a decision.

Such a change should be fairly narrowly drawn, require funding for such studies and could contain a restriction that such requests for information can only be made following an absolute refusal by an administration to provide requested information or studies.

E-mail Doc at mail to:dr.gwebb@yahoo.com or send me a Facebook (Gene Webb) Friend request. Please comment below, and be sure to share on Facebook. See Doc's Photo Gallery at Bay Post Photos.
Disclosures:
Contributor: Waterfront Charter Amendment (Vote on The Pier), Carly Fiorina for President