Not one voter or one individual has donated to AFT to support AFT'S $23 BILLION Rail Tax campaign of deception.

AFT has been hosting fund raising calls only with special interests. They are begging the special interests, especially those who will benefit from the Rail Tax, to fund AFT's Mailers of Misinformation and campaign to deceive the voters.

AFT is stuck in 2018. AFT believes they can again deceive voters by spending gobs of money on "Mailers of Misinformation" and a deceitful disinformation propaganda campaign.

But....Voters and taxpayers are in a very different place than they were in 2018. Today they are being hammered with raging inflation, higher interest rates, rising property taxes, depleted savings and a declining economy.

And....Voters are much better informed today. They know all about AFT's 2018 illegal tax bait and switch scam. They have lost even more trust in the goings on at County Center. They are aware of HART's fiscal mismanagement.

And....Voters know there is a lawsuit already filed against the 2022 Rail Tax so they are much more skeptical.

And.....Taxpayers, many whom are struggling, want the $600 MILLION of ILLEGAL 2018 AFT Rail Tax dollars returned to them. The taxpayers could sure use that money now.

The political and economic climate of today is light years away from 2018.

Kimmins is associated with Jeff Vinik's WaterStreet Development. Ajax Paving is an asphalt paving company who will obviously seek to get a piece of the $23B New Tax pie.

Were they on one of AFT's special interests fundraising calls?

Below are AFT's donors highlighted in yellow and those publicly pushing AFT's massive Rail Tax and/or getting paid by AFT are highlighted in blue. We will continue to update the chart.

It's another Rail Tax that already has a lawsuit filed against and voters do not want another legal mess that results in another big huge refund mess.

Even the leadership of AFT has not donated to their own campaign.

No one highlighted in blue, who are pushing the massive Rail Tax hike, have donated to AFT's campaign.

There is something very wrong when those begging special interests to donate big bucks to their campaign have not donated a penny themselves.

Since July AFT's coffers has amassed about $1.6 MILLION from 17 wealthy special interests donors, many whom will benefit from the $23B tax hike.

AFT may have lots more money squirreled away in their connected nonprofit Keep Hillsborough Moving (KHM). KHM is AFT's dark money side that does not require KHM to disclose their donors.

Voters are not supporting AFT's campaign. In 2022, they are not buying what AFT is trying to sell them again. 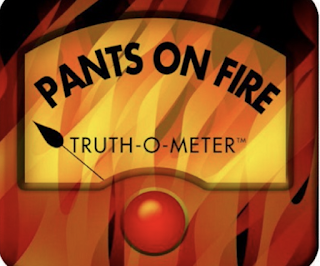 Posted by Sharon Calvert at 3:15 PM