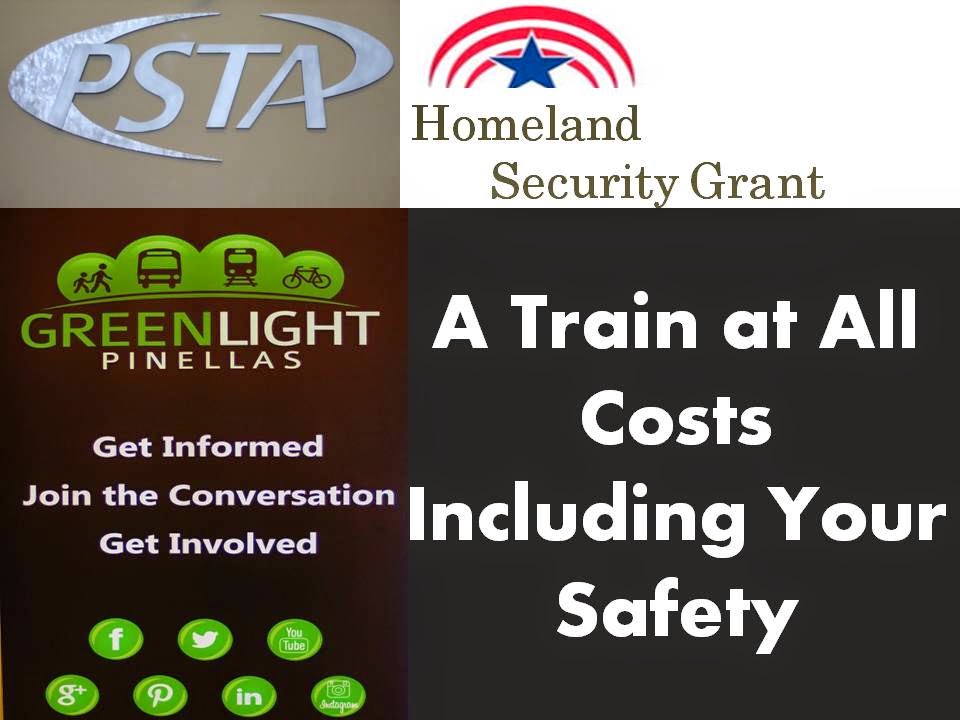 Recent revelations regarding the misuse of Federal Homeland Security Funds could be passed off as an overzealous effort by PSTA CEO Brad Miller to get his sales tax initiative passed.

You could pass it off as bad judgment or poor decision making or just more campaign and political high jinks.

You could do all of that - unless you have been reading the headlines and watching the news in the last week or so.

Just watch your local newscast on TV, follow the news on social media or read a news paper.

"Self radicalized" jihadists, school shootings, people jumping the fence at the White House, attacking police officers with an ax, young people being recruited to terrorist acts on social media, the list goes on.

Terrorist transportation attacks are all too common around the world; fortunately we have been spared so far in this Country.

When the federal government through the Department of Homeland Security makes resources available to local public officials to use to warn us and help us protect ourselves that is the purpose for which they should be used.

The PSTA Chair Ken Welch and the PSTA Board of Directors apparently do not see it that way.

I was at the meetings and the smiles and smirks from the Board Members as Brad Miller's actions were revealed were disgusting. It was like they were proud of their boy's efforts to hoodwink the Feds.

They said so with a vote of confidence.

The snarky comments from the Chairman Ken Welch, which later came back to bite him, showed a total disconnect from the reality of the rapidly changing world around us.

Overwhelmed by the million dollars given by powerful interests to support a self-serving plan, and blinded by the desire to redevelop South Pinellas County for the gains of GreenLight supporters, PSTA could not even bring themselves to legitimately warn their customers and educate them on how to protect themselves.

Instead they illegally diverted the federal funds to their own interests and took no other action than a "conversation with the CEO" and then a vote of confidence when they were caught.

Do you feel any safer?

I cannot even imagine what these people will do if we vote to give them an additional $100 million in uncontrolled cash each year. That kind of money in PSTA, an organization as poorly managed and controlled as recent events reveal, will breed a level of misconduct and corruption never before seen in this County.

See who will really be driving the bus and the train; read the Jamal Thalji Article in the Tampa Bay Times: Greenlight Pinellas has big backers in big business.

Know before you vote. Read the documents you put in force if you vote YES on Green Light Sales Tax Ordinance and The PSTA/ Pinellas County Inter Local Agreement

Watch My Video Green Light - It's a Bad Law before you vote.
E-mail Doc at: dr.webb@verizon.net. Or send me a Facebook (Gene Webb) Friend request. Please comment below, and be sure to share on Facebook and Twitter.
Disclosures: Contributor to No Tax for Tracks.
Posted by Gene Webb at 5:30 PM