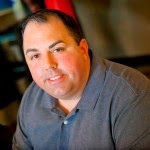 I noted with interest this week that my friend Peter Schorsch was named one of the 25 People to Watch in 2015 by the Tampa Bay Business Journal. Peter’s company, Extensive Enterprises, publishes saintpetersblog along with several other social media products.

The recognition is well deserved.

From a broader perspective the announcement also validates the growing influence of social media on news, politics and the information people consume every day.

Peter has managed to create a viable business model in the social media space, a feat that even largest media businesses in the Tampa Bay area with all of their resources have not been able to do.

Peter began his experiment in social media with a very specific set of goals and objectives. We had several conversations in those early days and Peter’s view of how the business model for a social media site and the content should developed and packaged proved to be correct.

As more and more people turn to social media for information, Extensive Enterprises has grown carefully and stayed true to the original concepts: carefully managed costs and expanding coverage of politics, government, business and the human condition.

A conversation with Peter Schorsch about social media or politics is like riding the best roller coaster in the State. It can literally take your breath away. Rapid-fire facts, ideas and concepts flow like a torrent.

Peter is himself not without controversy, but most really creative entrepreneurs come with a large dose of controversy.

When I began writing for social media, Peter published some my early pieces, provided valuable critique and referrals all while working incredible hours getting saintpetersblog off the ground. I will be forever grateful.

Peter was a good choice by the Tampa Bay Business Journal. The face of media is changing and in Florida and Tampa Bay and Peter will be an influential figure in that change.