My conversation with Nick DiCeglie continues.....

If elected to the Chairmanship, where do you hope to take the Republican Party of Pinellas County as we lead up to the next election cycle in 2016?" I asked. 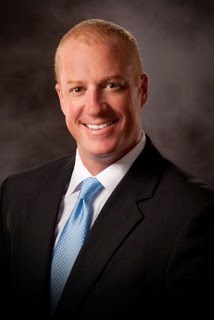 "I think number one we’ve got to provide our candidates with the resources that they need to be in a position to win," Nick responded.

"So what does that mean?

We need to be able to deploy these volunteers and the necessary resources to the candidates. The direction of the volunteers are not only decided by the Party, but in conjunction with our various candidates because they’re the ones that tell us they're doing a Precinct walk this Saturday in this specific precinct and this coordination is extremely important.

This last election our volunteers were scattered all over the County. We had some walking for various House candidates, some for County Commission and some for State Senate they were just really all over the place.

Considering when the absentee ballots go out that’s really when these races start. It doesn’t start 10 days before election or on Election Day. This effort is going to start 30 or 40 days prior to the election."

"What do you see as the major issues that need to be addressed by the Republican Party of Pinellas County?" I asked.

"There’s a lot. Honestly like I just mentioned, we need to make sure we are organized to be effective for our candidates.

I think that we need to have an outreach program that that is going to get into the communities that Republicans haven’t done a very good job getting into.

We talk about minority outreach all the time and you know we got a Hispanic Outreach club and they do a great job; but we really, really need to rally around what they do and  how they do it. And provide resources so they can be effective.

I do think, looking at what’s going on at the national level, Republicans have a huge opportunity to pass legislation, pass conservative policies that are going to be able to show the American people the difference between the last six years under President Obama and what good, solid, smaller government and fiscally responsible policies can mean for the average middle class American.

We want government to get out of the way so middle class Americans have the opportunity to realize their dreams. Republicans finally have a platform to be able to get those policies passed and in place so that we can begin turning this Country around.

It is easier said than done with Barak Obama in the White House these next two years. He has the veto pen.

I get the sense that there’s going to be a different focus for Republicans. You are already hearing that they don’t want to talk about government shutdowns. That's not a positive message that Republicans need here in these next two years. It is vital that a negative message does not reflect down to the local level."

Next Post, Nick talks about the changing demographics in Pinellas County and how the Party functions in the candidate selection process.