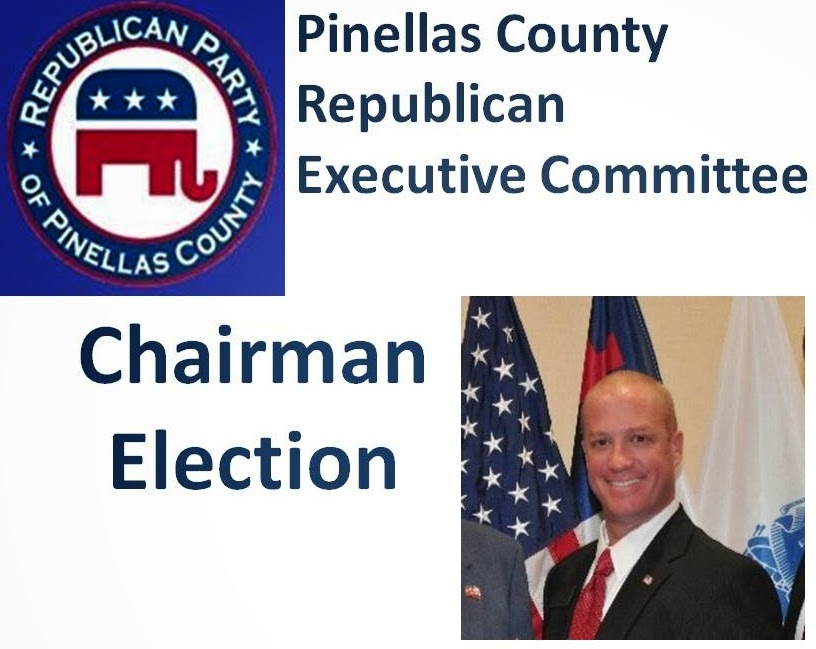 Early in December, the Pinellas County Republican Executive Committee will be electing a new Chairman.

"Tell me a little about your background, your family and your business." I asked

Nick started the conversation, "I grew up in Long Island New York. I grew up a third-generation in the family business which is garbage and recycling collection. My dad and his two cousins purchased the company here in Clearwater in 1980.

One of the original partners passed in 1992, and my parents moved here immediately after to essentially pull the business out of the dumps, no pun intended, and at that time I had just entered community college in Long Island.  The next few years my dad’s health worsened so my then girlfriend, now wife, Erica and I moved to Pinellas County in September 1996. Unfortunately my dad passed about seven months after I had moved here and I have helped run the family business ever since.

I got married in 2002 to Erica and we have two beautiful children Livia our daughter who’s 10 and little Carlo, who is named after my dad,  is 6 1/2." Nick replied.

"How long have you been active in Pinellas Country Republican Politics? And what caused you to start?" I asked.

At that time I said to myself, either I’m going to sell the business to my billion-dollar competitors and not deal with County government, or find a solution.

Not dealing with trying to find a solution to the issue at the time was not an option. You know, at that point we were pushing on 30 years of business In Pinellas County and I just wasn’t going to not tell our great story. We have a great business with great employees and an incredible, loyal customer base and I just wasn’t about to quit on any of them.

So I got involved in Republican politics.

Ever since moving here I really didn’t pay a lot of attention to local politics but I started getting involved in politics so I could be better informed about the County Commission. One thing lead to another, and the great thing with all of it, I was able to lead the industry to help the County find a solution and improve the solid waste collection system in unincorporated Pinellas.

Once I accomplished that, I wanted to stay actively engaged in the business community, active in non-profits and active in politics and that's what I did.

I really turned what was a pretty nerve-racking process, which I didn't realize at the time I was lobbying for my own company for my own industry, and turned that into something extremely positive and I vowed to stay involved with the community and politics and here I am five years later."

In our next Post, Nick talks about the organizational structure of the County Republican Party and his experience in County Politics.