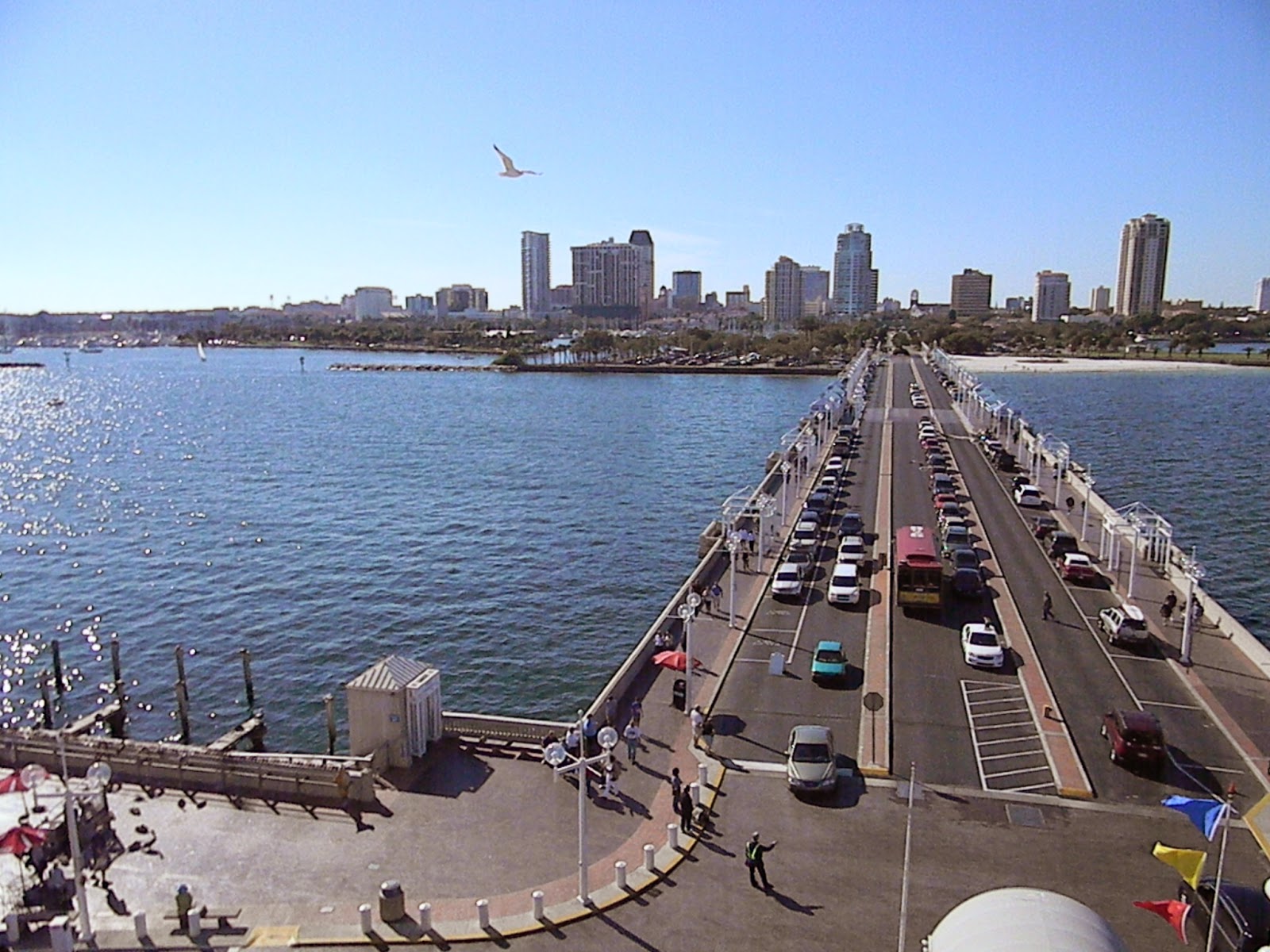 Contact: Gene Smith 727-385-4824
gatordem@gmail.com
FOR IMMEDIATE RELEASE
February 25, 2015
CONCERNED CITIZENS OF ST. PETERSBURG STATEMENT ON NEW PIER DESIGNS
February 24 , 2015
Concerned Citizens of St. Petersburg, the group that led the campaign to stop the Lens, has followed the New Pier design process with great interest. Our slogan has been “St. Petersburg Can Do Better”. We have consistently advocated for establishing a transparent process in choosing a new Pier. This process focuses on the desires of the residents and the recommendations of the Pier Task Force and the Working Group/City Survey. We support Mayor Kriseman’s plan to establish just such a process.  We stood with the Mayor and endorsed this process when he announced it, and we do so now. The process has worked well so far, and we are now at the point where the residents are to record their opinions regarding the remaining designs.
In this process form follows function. These functions have been identified using extensive public input to the Pier Working Group, which built on the prior conclusions of the Pier Advisory Task Force. Those conclusions, the program for the new Pier, were included by the City in their Request for Qualifications to architects. We believe this process has led to much better results than was achieved by the last process.
We have been repeatedly asked about our thoughts on the remaining designs, and if we intend to endorse one design over another. As has been our practice throughout this entire process, we believe such an endorsement would be inappropriate. We do wish to comment on and protect the process, and how these proposals relate to the original Task Force Report. We have reviewed the designs closely. Our review criteria include
recommendations from both the Pier Working Group Report and the studied conclusions of the Pier Advisory Task Force. The criteria we have relied on most heavily in our review are as follows:
· The new Pier should be an anchor and centerpiece of the downtown waterfront and attract visitors as a destination experience.
· The Pier design should provide for entertainment and recreational activities which will appeal to local, regional, national and international visitors.
· A variety of dining experiences and price points as well as opportunities for beverage service located on the Pier will be a strong visitor draw and instrumental to a successful operation. (The Task Force recommended at least three different levels of service, and 26,000 sq. ft. dedicated to restaurants.)
· Access to the Pier head by visitors must be convenient, efficient and reliable, regardless of the weather, physical limitations or personal comfort. (The Task Force suggested enhanced tram/trolley connections to downtown and parking garages.)
· The ability of Pier visitors to take shelter from the wind, rain, cold (in the winter) and muggy summer weather must be considered for visitor satisfaction. An air conditioned structure is integral to that satisfaction.
· The structure design should be efficient and flexible for future uses as well as preserving views to and from the city as well as outward into Tampa Bay.
· Resident surveys placed fishing locations and air conditioning high on their priority list.
In reviewing the proposals, we note that despite the hard work that has been done by so many, the Teams vary widely in whether they include the functions desired. A few accommodated nearly every desired function, while others have ignored most, including the most important. This gives us some angst regarding the non-binding vote that has begun.
We urge citizens to take the time to identify how well teams have responded to the thoughtful and detailed work of thePier Advisory Task Force and the Working Groupproposals, and theCitizen Surveys. It is important that this work be included in the final choices. Esthetics are important, but they are only one part of what it will take to have a successful Pier.
Weurge the City to pick a design team that includes local knowledge about our area. It is essential that the winning team be able to work with the City to complete the Pier. Note that changes can be made to the winning team’s design after they have been selected -- the design can continue to be refined through the completion of construction. It is also important the team include a strong local presence to oversee the construction and be available for problems in the future.
We urge our fellow residents to inform themselves about these designs and then participate in the non-binding survey that runs from February 23 to March 6. The design presentations can be found at this web address:http://www.newstpetepier.com/designs.php. The City has a comparison of design elements athttp://www.newstpetepier.com/designs.php#hr-chartthat will provide a quick comparison of the proposals.
The online survey opens 7 a.m. on Monday, Feb. 23 to midnight March 6. Choose up to three design concepts, the results will be will used by the Pier  Selection Committee for final ranking and selection to Mayor and City Council on March 20. You can find the online survey here:
http://www.newstpetepier.com
Please do not miss this opportunity to have your voices heard.
E-mail Doc at: dr.webb@verizon.net. Or send me a Facebook (Gene Webb) Friend request. Twitter@DOCONTHEBAY. Please comment below, and be sure to share on Facebook and Twitter. See Doc’s Photo Gallery at Bay Post Photos
Posted by Gene Webb at 2:41 PM