Are guns really the problem in St. Petersburg or is the Kriseman Administration letting its citizens down? 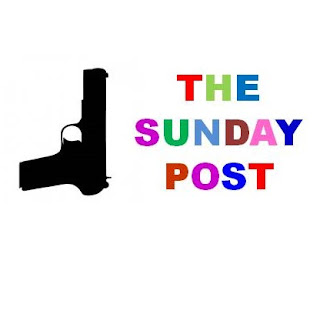 It is easy to stand in a crowd like Friday's march and decry firearms as the reason for these recent incidents.

St. Petersburg, FL
Opinion by: E. Eugene Webb PhD
Coauthor of: So You Want Blog.
Worry continues over the recent string of shootings in St. Petersburg and the worry is well founded. Friday's article in the Tampa Bay Times by: Hanna Marcus and Kathryn Varn, Times Staff Writers: As a community reels, St. Petersburg police find no pattern in string of fatal shootings sets the scene.

Marcus and Varn cut right to the point with their view about Mayor Kriseman's comments and proposals as "weak" and "not plausible.

Kriseman's public approach was a hastily arranged short march to allow for some expression of public concern and outrage. The march got some media time, produced a couple of sound bites but really accomplished very little given the Mayor's lackluster comments.

It is probably not fair to politicize these events, but Republicans have one view of this problem and Democrats have another and Kriseman being a good Democrat is singing the company line. Let's blame all of these issues on guns.

I agree we have a gun problem in the United States and quite likely in St. Petersburg. However, guns are the mechanism not the cause. If all ten of these homicides or even half of them had been caused by people being beaten to death with baseball bats would everyone be calling for stricter control on base ball bats?

The last time I checked illegal trafficking in guns was a crime and perhaps the St. Pete PD should be backtracking a little harder on where these guns are coming from a making some prosecutable cases on those providing the firearms. It is way past time to start taking some illegal gun dealers off the street along with the drug dealers.

It is easy to stand in a crowd like Friday's march and decry firearms as the reason for these recent incidents, but it could just as easily be a knife or a tire iron.

After promising the African American community just about everything you could think of to get their vote,  the Kriseman administration has really done very little to address the root cause of poverty and the conditions that lead to the level of frustration and anger that foment incidents like we have seen in the last few weeks.

A couple of hours of the Mayor's time marching down a street will not solve these issues.

Kriseman and his dream team need to stop playing to the millennials, the downtown rich, the Chamber of Commerce and focus on helping those in St. Pete who need it most.