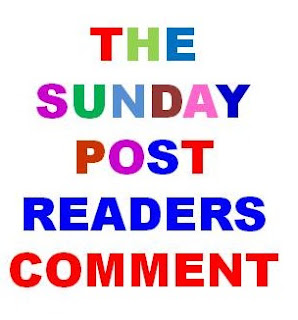 We have developed in our country, a culture of violence, aggression, and a very real lack of awareness of the value of human life.

In my Sunday Post on December 20, 2015 I took up the subject: Are guns really the problem in St. Petersburg or is the Kriseman administration letting its citizens down.

It is easy to miss the "Comments" Section on a Blog Post. I don't normally repost reader comments but on the PATCH site there was an exceptionally insightful set of comments from reader mark Kamleiter.

Comment by Mark Kamleiter:
It would be naive to say that "guns" are the sole cause of the violence in our community and I do not think that was the message of either the mayor or those marching with him. Does ready access to guns contribute in a major way to the violent deaths in our community, in the country? The answer is undeniably - "yes!" Without question we have developed in our country, a culture of violence, aggression, and a very real lack of awareness of value of human life.

I have lived in countries with stricter controls on guns. Do individuals still become violently angry in this countries? Of course, the world still struggles with the violence and aggression everywhere. The point is that in these countries, when guns are not available, aggressive individuals reach for what is available. Doc. speaks of baseball bats. No, I don't want to be hit with a baseball bat, but give me a choice between an attacker coming at me with a bat or a gun, I will take the bat every time. Once in Paris, I came upon three young men on scooters attacking a single man at a bus stop. I tried to stop the attack and these boys grabbed bicycle chains and a small wooden bat and came after me. I am not big and not a fighter, but they backed down when I did not run. In the end, they ran away. If they had had a gun, I would not, today, be able to write about gun violence.

So, yes, I marched with the mayor. Yes, he is a Democrat, but I forgive him that. We need to stop making everything about politics. Were the mayor's motivations about doing the popular thing? Are you kidding? Americans are too much in love with their deadly, useless toys, for the mayor's actions to be popular. Guns make people feel bigger than they are, tougher than they are. They imagine themselves as rugged, tough individualist. They give no thought to the pain and destruction their guns can cause. They do not want to hear that guns cause more deaths by suicide and accident, than intentional deaths.

Thanks Mark for taking the time to share your thoughts they should cause us all, me included, to think carefully about how we deal with a gun centric society.