All for Transit Tax Hike: Costly and Won't Work

All for Transit wants to raise Hillsborough County sales tax to 8% - the highest in the state. The 30 year All for Transit tax hike throws billions of county tax dollars at transit, including billions for costly rail/fixed guideways in the city of Tampa. 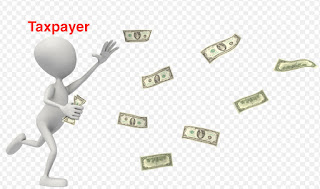 And All for Transit uses the heavy hand of big government regulations to mandate the spending and prohibit any changes for 30 years.

Mandating and forcing the spending of billions on transit at a time when traditional transit is being disrupted and transit is declining all across the country is reckless.

According to this article in The Hill:


The Federal Transit Administration released June 2018 data revealing that the transit industry has now experienced four straight years of ridership losses. June 30 was the end of the fiscal year for most transit agencies, and ridership has fallen in every fiscal year since 2014.

We understand there has been route reconfigurations over those years but the decline is significant.

Transit ridership in Hillsborough County is less than 2% today. Ridership has been steadily declining while the population of the county has been rapidly increasing - a total inverse relationship.

All for Transit wants a full percent sales tax increase to the highest in the state 8%.

The chart below is from the 2015  Hillsborough MPO 2040 Long Range Transportation Plan (LRTP).
What the 2015 MPO's performance chart indicates is:
There is basically no difference in the MPO's projected transit ridership in 2040 between a one-half percent sales tax increase or a full one percent sales tax increase to the highest in the state - 8%.

Vastly over spending on transit is wasteful spending and fiscally irresponsible.
.
In addition, transit daily ridership would have to increase over 4.5 times what it is today to reach 160K riders per day in 2040.

That is almost statistically impossible and it has not occurred even where billions have been spent on costly transit/rail.

Hillsborough's population is estimated to grow to about 2.1 million over the next 30 years. Even if transit ridership miraculously increased to 8 or 9%, over 90% or 1.9 million will be using our roads.

But All for Transit absurdly prohibits and restricts funding new roads and new lane capacity.

All for Transit is another 30 year transit tax hike boondoggle.

With all its regulations, mandates, more bureaucracy and prohibitions - All for Transit transit tax hike is worse than the 2010 rail tax.

And when it comes to All for Transit - remember What They Say vs What They Do.
Posted by Sharon Calvert at 8:19 AM