As far as we can determine, Hogan’s Heroes character Sgt. Schultz did not hold a law degree nor was he entrusted with protecting the public purse.

But Janet Tashner, the state Office of Program Policy Analysis and Government Accountability’s General Counsel, apparently needs those qualifications for the position she holds. Certainly it does not involve transparency or candor.


Ironically Schultz and Tashner share the same level of knowledge about their respective jobs: they “know nothing.”


Questioned about the performance audit required to place a sales tax referendum on the November ballot, Tashner was at sea about what it entails and how long a typical one takes to be considered thorough and complete.

The Hillsborough County School District wanted a sales tax referendum this year but was told by Tashner last spring there was insufficient time to complete the task.

The Tampa Bay Times quoted Tashner in April as saying the law does not require an audit to be conducted in six months but, between finding the appropriate accounting professionals and looking at all areas that the law requires for a performance audit, it could very well take that long. 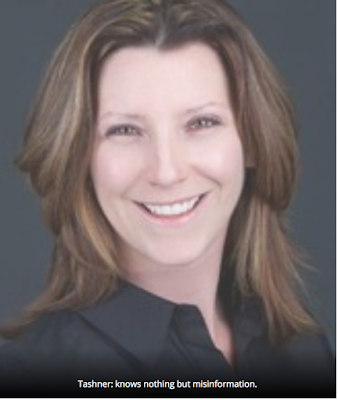 But Tashner last week could not come up with answers to Tampa Bay Beat questions about the discrepancy in what she told the Hillsborough County School Board and the special interest, inappropriately monikered All For Transportation PAC.

OPPAGA contracts for performance audit with outside accounting firms. The state agency’s personnel roster lists 30 analysts among its 42 employees. Just what do they analyze?

All For Transportation is trying to ram through a $15-18 billion sales tax referendum over the next 30 years for an amorphous “transit” plan. In reality, it is a rescue of Jeff Vinik’s flailing Water Street Tampa development project and frees up hundreds of millions in county funds previously earmarked for transportation as a subsidy for billionaire Stu Sternberg’s stadium for the Tampa Bay Rays.

The school district proposal involved a one-half percent sales tax increase and it would have been the only entity falling under the performance audit; the All for Transportation one percent tax boost involves several governmental entities and is far more complicated.

But apparently a thorough, complete audit to save Jeff Vinik’s overhyped, private project can be completed in 30 days when a far simpler one to help hundreds of thousands of public K-12 students would have taken up to six months, according to Tashner.

Prior to working at OPPAGA, Tashner worked in the legal department of the Florida Department of Environmental Protection for 9 years, 8 months. There is no record on her LinkedIn page of ever having practiced law outside of government.

Maybe it’s time for the Florida Department of Law Enforcement to get involved and investigate All for Transportation, OPPAGA, and the Hillsborough County Supervisor of Elections office and their relations with Water Street Tampa plus the high-profile public officials and local media entities promoting the regressive tax increase.
Posted by Sharon Calvert at 12:45 PM