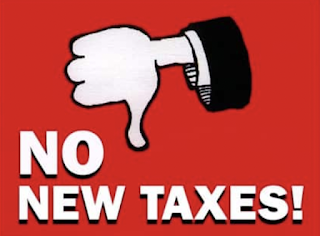 It was a Red Wave Tuesday in Hillsborough.

Voters voted Republican up and down the ballot. They flipped a State Senate seat and the County commission. They defeated the $23 Billion transit tax - put on the ballot by the 5 Democrat commissioners. Voters sent a clear message they do not want higher taxes in Hillsborough County.

The Red Wave in Hillsborough County, a Blue county with 18% more registered Democrat voters than registered Republicans, is stunning. Unlike 2020, there were no "ZuckBucks" millions available for the Democrat SOE Craig Latimer to use this year.

The only Democrat to win from the Senate race thru the Governor and Cabinet races was incumbent Congresswoman Kathy Castor. Laurel Lee won the new CD-15 congressional seat by almost 12 points.

Most stunning is what happened at the local government races in Hillsborough.

Overman, who may be the most condescending county commissioner ever, bemoaned to the Tampa Bay Times:

It’s literally not about the job that needs to be done. It’s about R’s and D’s. That’s what it boiled down to.

How clueless can one be? The fact is voters in Hillsborough County rejected Overman because they do not like the job she is doing and they do not want any more of it. Perhaps voters also did not like that Overman called them "Super Stupid" or they dislike her "superiority "she knows best" complex".

The only Democrat county commissioner to win Tuesday was Harry Cohen who barely squeaked by in his District 1 race. Democrat Cohen defeated Republican Scott Levinson by 803 votes, less than 7/10 of a percent.

Two of the three Tampa Centric 5 Democrat commissioners on the ballot were defeated. And the third Harry Cohen, who squeaked a win, has no mandate and is now in the minority.

The defeat of the $23B All for Transportation (AFT) also reflects a rejection by County voters of all five Tampa Centric 5 Democrats - who put the misleading and deceptive tax hike on the ballot.

Unlike 2018, AFT's wealthy special interests donors could not buy the 2022 AFT 2.0 election. AFT spent over a million dollars, including paying for costly TV ads, on another dishonest campaign lying to voters again.

The Tampa Centric 5 Democrat commissioners could not buy the AFT 2.0 election either. They forced taxpayers to hand engineering firm HNTB $700K to launch a taxpayer funded transit tax "education" campaign. That wasteful phony and unethical campaign failed too.

This election voters decided they had enough of the transit tax hike snake oil AFT and the Tampa Centric 5 Democrat commissioners were trying to sell them.

Just as they did in the Primary election, Hillsborough voters have clearly stated they do not want higher taxes in Hillsborough County.

With a new Republican majority commission, 30 year massive transit tax referendums in Hillsborough County are dead. They must not be resurrected.

Also dead are any plans by the Hillsborough County Transportation Planning Organization (TPO) to tear down our interstates and/or shut down the widening of I-275 from Hillsborough to Bearss that will be funded by tax dollars you already pay.

The Tampa Centric 5 Democrats were trying to use the TPO to eliminate the I-275 widening project. TPO Chair Commissioner Cohen is now put on notice - that project will proceed.

We warned BEFORE the election that HART transit agency is going insolvent and the transit tax is a bailout to HART. HART's fiscal failure is information that was intentionally kept from the voting public.

Then suddenly - Voila! - the day after the transit tax is defeated the Tampa Bay Times reports this from the HART Board meeting:

The morning after Hillsborough voters decided not to approve a tax increase to fund transportation, staff and board members of the county’s transit agency, long teetering on the edge of financial stability, gathered in a Tampa conference room and considered: What now?

We cannot say what is next for this fight, but our passion is not diminished,” Tyler Hudson and Christina Barker, co-founders of the All for Transportation group advocating for the surtax, said following the referendum’s defeat. “The prospects for a better transportation future are not defeated but only deferred.”

The next step for AFT Chair Tyler Hudson is for him to resign from the HART Board. Hudson failed to properly govern HART and HART fiscally failed on his watch.

With defeat of the transit tax hike at the polls, no longer are AFT and their special interests donors considered "leaders" for how transportation should be funded in Hillsborough County.

NTFT, funded by voters not special interests, sent out a Statement yesterday declaring the transit tax defeat is a victory for taxpayers, for Truth and for honesty.

NoTaxForTracks has been on the winning side of every proposed transit tax hike in Tampa Bay. NTFT's success record includes:

It is time for others who have alternative transportation funding plans that do not require a massive new tax to take the lead. It is time for those who demand proper stewardship of county tax dollars to take the lead.
And it is time for HART to take responsibility for fixing its own fiscal failure.
We disagree with AFT. The "prospects" for funding transportation is not deferred.
It can start immediately.
The new county commission board must reprioritize the county's existing budget. They must make funding roads, a primary responsibility of County government, one of its highest priorities.
Now do it Hillsborough!
Posted by Sharon Calvert at 3:13 PM