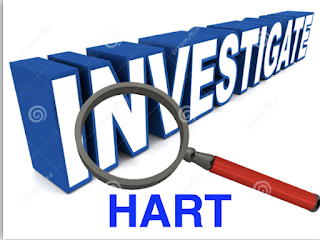 HART transit agency is a big mess and is going insolvent. The State needs to step in to investigate HART's financial mismanagement and do an independent audit of HART.

HART has been fiscally mismanaged for years by a governing HART Board who refused to address HART's fiscal failures.

As we reported here, HART was driven into the ground by the same people who supported the All for Transportation (AFT) $23 Billion transit tax.

The supporters of the massive 30 year AFT tax hike wanted taxpayers, especially those in unincorporated Hillsborough, to bail out HART. That is why AFT mandated HART receive the largest share of the transit tax proceeds ($10-11 Billion) when HART has a dismal ridership of less than 2%.

The feckless HART Board approved all those big raises - during a pandemic when ridership tanked. Those raises are now baked into HART's exploding operating costs.

HART and its irresponsible Board used bad judgment. They thought voters would pass the 2022 AFT transit tax and hand HART Billions of new tax dollars.

HART and its Board knew if HART got their hands on billions of new AFT tax dollars, they could cover up HART's financial incompetence and malfeasance. Then no one would ever be held accountable for HART's financial failure.

HART's been thru numerous CEO's over the last 10-12 years. They ran off a previous CFO who tried to right HART's sinking ship. In other words HART does not properly hire their CEO and they run off the employees who wanted to fix HART's finances.

Now being reported is this latest HART debacle:

A senior employee at Hillsborough County’s transit agency has been working a second full-time job for a Louisiana transit agency since April, according to public records. Officials with both agencies told the Tampa Bay Times that they didn’t know she had two jobs.

Teri Wright was hired by the Hillsborough Area Regional Transit Authority as chief customer experience officer on Feb. 1 last year, with an annual starting salary of $200,271.75.

She had previously worked at the New Orleans Regional Transit Authority as director of customer experience from August 2017 until leaving Feb. 5, 2021.

Wright began working for the New Orleans agency again 14 months after her start date with HART, as the agency’s senior director of communications. Her starting salary was $155,000, according to Darwyn B. Anderson, the agency’s chief human resources officer.

HART chief executive officer Adelee Le Grand said she was unaware of Wright’s dual employment, calling the news “very unfortunate.” She added: “When someone breaks the rules it is important to move on without them.”

Le Grand said Wright reported directly to her, and she was a respected member of staff. “I thought she was really good at her role,” Le Grand told The Times.

How did this latest HART debacle happen?

HART needs a new Board. Current HART Board members who allowed HART to be run into the ground must be replaced. The make up of the HART Board requires much better representation from throughout the entire county.

HART's known problems are numerous. There may be more issues and problems at HART that have not yet been exposed.

HART will  be insolvent soon. Hillsborough County taxpayers and voters deserve to know why and how HART got into such a fiscal mess.

And HART is governed as its own special taxing district under State Statute 163.570.

So the State has skin in the game to protect taxpayers and to guard against incompetence, negligence, willful neglect and malfeasance caused by a transit agency governed by State Statute.

The County and HART were not honest with voters about HART's dire financial position or why HART had to receive most of the AFT transit dollars.

The current HART Board allowed HART's operating costs to explode on their watch.

The State must step in to get answers for how and why HART became such a fiscal mess and determine who all is responsible for HART's financial decline.

It's time for Florida's Inspector General to conduct a full investigation and perform an independent financial audit of HART's operations over the last 10 years.

This must be done or HART cannot regain any sense of credibility or the trust of taxpayers. 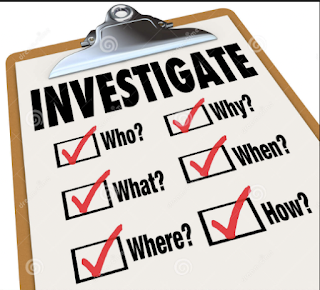