Oracle of Tampa is a Rare Breed

From the WSJ this morning (behind the paywall):


Jay Bowen's stock picking has made the Tampa Firefighters and Police Officers Pension Fund one of the best-performing public pensions in the U.S. Some retired cops and firefighters attend pension board meetings to catch a glimpse of the money manager they consider their own Warren Buffett.

But in the hypercompetitive industry of pension fund investing, Mr. Bowen is an anomaly. The 51-year-old is the fund's lone money manager, an unusual arrangement for a retirement system with $1.6 billion in assets.

"There is really nothing like this arrangement in the country,'' says Mr. Bowen of the Tampa, Fla., fund, which is by far his largest client.

The Tampa pension's chairman, Richard Griner, says pension managers he meets at industry conferences are shocked when he tells them that his fund is betting the house on Mr. Bowen.

"But when I show them my results they pretty much shut up,'' says Mr. Griner, a Tampa Police detective. "The numbers don't lie."

He's beating most of the big players. The retirement fund is funded at about 90%, according the article. This is well above the 80% range generally considered healthy. 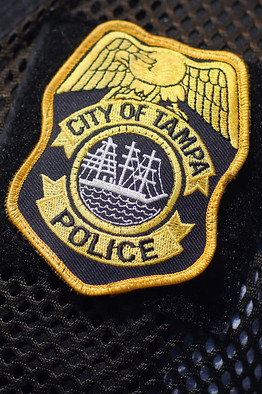 There are some risks given the fund is managed by such a small firm, and their luck could turn.  Of course, a guy from the SEC suggested the fund needs further oversight by regulators.  But let's acknowledge some good numbers... and some good news for Tampa!

Posted by EyeOn TampaBay at 9:11 AM

Email ThisBlogThis!Share to TwitterShare to FacebookShare to Pinterest
Labels: Tampa