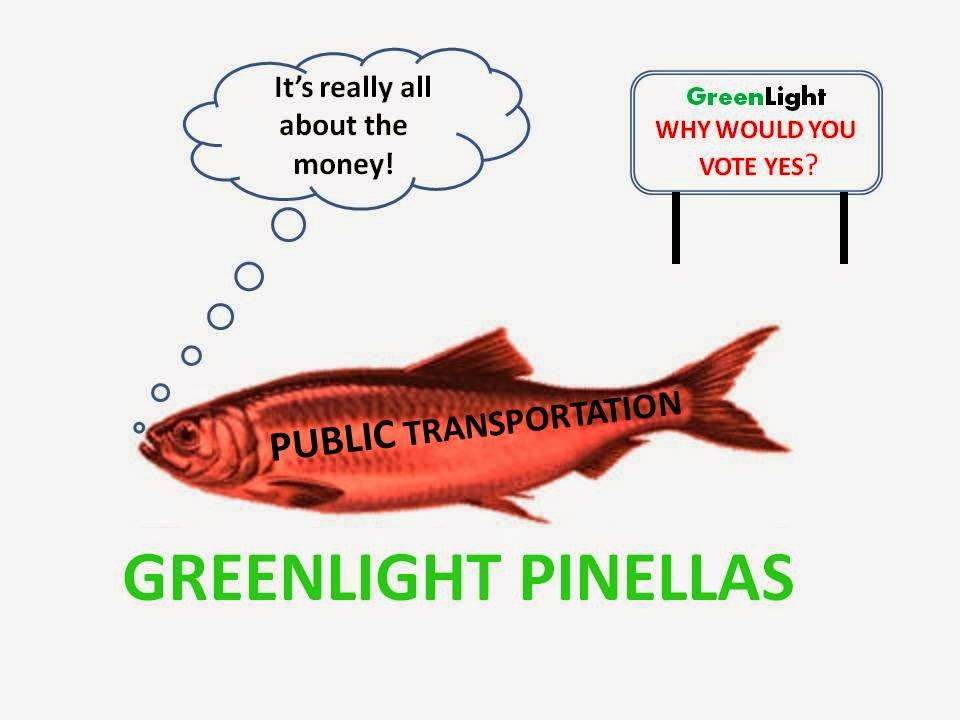 A recent Article in the Tampa Bay Tines by Sharon Taylor Martin, PSTA gaffe leaves agency on hook in cleanup of old bus depot got caught my attention.

At issue was the environmental cleanup of a site in South St. Pete PSTA used for bus maintenance.

PSTA had an agreement with the sites owner to clean up the site but did not get the agreement in writing according to Times article. It was a "verbal" deal.

PSTA Board Chair Ken Welch said, "Why the legal staff thought we had an agreement back in January that we thought covered the entire parcel, I can't answer that."

Since when did local governments an authorities starting doing serious business with "verbal" agreements?

The problem is these verbal agreements only become record when something goes wrong.

The PSTA under Brad Miller's Administration and Ken Welch's Board leadership have been skating on the thin edge of propriety for some time now.  Just about every time someone kicks over a rock at PSTA what they find smells funny.

Perhaps if the PSTA counsel spent more time actually writing and getting legal agreements in place instead of stonewalling public records requests and providing campaign advice, PSTA could stay on a truer course.

It becomes clearer every day that PSTA cannot be trusted to run a project anywhere near the size and scope of the GreenLight Plan. Given the current practices at PSTA, the amount of opportunities for back door deals, verbal agreements, graft and corruption that will go on boggles the imagination.

Take a look at some of the potential beneficiaries of the GreenLight Plan in my Post, The GreenLight Quid Pro Quo - Or Your Tax Dollars Being Bought and see what they are willing to pay to get in on the train.

Pinellas County voters need to consider this sales tax referendum carefully. Public transportation is the red herring being used to convince you to vote for a 90 year sales tax.

Watch My Video Green Light - It's a Bad Law before you vote.
E-mail Doc at: dr.webb@verizon.net. Or send me a Facebook (Gene Webb) Friend request. Please comment below, and be sure to share on Facebook and Twitter.
Disclosures: Contributor to No Tax for Tracks.
Posted by Gene Webb at 9:03 AM