The Pier issue is heating up. 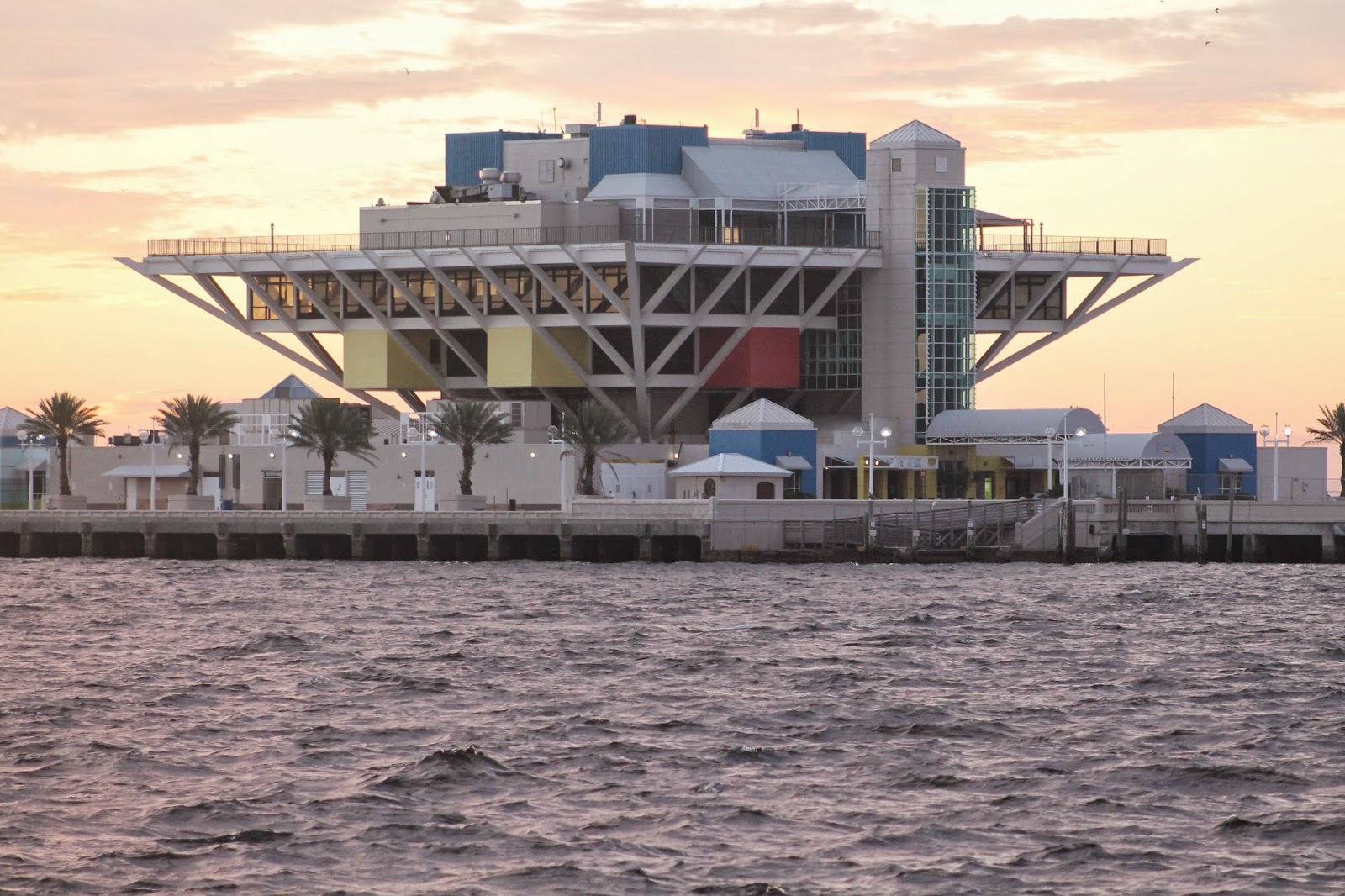 Below is a letter sent to Mike Connors by Bill Ballard who was president of Concerned Citizens of St. Petersburg during the LENS Referendum process.

I am not speaking for Concerned Citizens.  The content of my March 23rd letter to Connors and in the “Hijack” email are personal observations and opinions.

This letter is primarily intended as a wakeup call to our Mayor and City Council.  Your committee is stuck in the middle.  The fig leaf of “select the most qualified design team” is inadequate cover for the real task – making the choice between two highly disparate conceptual plans which have attracted highly different levels of public acceptance.  That choice should be made by our city’s elected leaders.  Your committee could then confine itself to its proper task, the selection of the most qualified design team to implement a specific project concept which the governing body has chosen.  The process to date has not been a loss.  It has produced two worthy conceptual choices, either of which could reward us greatly if implemented on a scale sufficient to make them successful.  They are, alphabetically, the Alma and Destination St. Pete.

This pause in your committee’s deliberations gives our city leaders the opportunity to confront reality.  A $50 million project budget, originally intended for reconstruction of the Municipal Pier in 2010, now diminished to $46 million, will not permit the construction of a project with a primary draw as recommended by the 2010 Pier Advisory Task Force.  That task force, armed with economic studies, concluded that every successful recreational pier needs a primary draw, and that for St. Petersburg that element should be provided by a restaurant based program; specifically, 26,000 square feet of space to accommodate multiple restaurants.  None of the 2015 design concepts could even half way meet this requirement in the context of 2015 construction costs.  The recent economic study you mentioned, if I heard you accurately, concluded that none of the seven design concepts will provide the economic impetus for our city that the pier project was expected to provide.

The balance of this letter assumes nobody grabs the helm and your committee has to stay on its present course.

The Alma project puts its major restaurant structure on the uplands.  This core choice has direct operational benefits.  The Alma pier solution is a thousand foot long skinny pedestrian pier
terminating at a 150 foot high, narrow observation tower featuring a snack bar and a small ballroom.  As for the tower, beauty is in the eyes of the beholder.  The Alma pier is a reminder that you get what you pay for, rarely much more.

The RFQ does not list a ballroom as a program element.   Has a need for a ballroom ever been mentioned by any pier committee?  Don’t music groups require large buses and trucks to transport themselves and their equipment?  Are long walks out in the elements or tram rides part of a sought after ballroom dancing experience?  The Coliseum, at which the public presentation of the pier design concepts was made, is a large city owned ballroom with excellent street access and abundant off street parking surrounding it?  My take is that the Alma tower ballroom was an attempt to give an art object the appearance of having utility.  The available money does not support both a worthy pier head structure and the bridge to get to it if the primary draw is sited on the upland.  I have a bias towards Destination St. Pete, but I also firmly believe that there is great merit in the Alma concept’s focus on the uplands.

The Destination St. Pete concept re-uses the Inverted Pyramid as the primary draw plus a light dining facility and other enhancements in the Spa Beach area.  The bridge is less than half the width of the old pier bridge with bump outs to accommodate loading and unloading vehicles.  A wider bridge would appear to provide a better experience.  This design preserves the intangible benefits associated with this landmark structure.  I like it.  Of far greater importance, is what the people of this city want their pier project to provide them.

The St. Pete Polls’ March 19th scientific (as opposed to self selected) survey of city voters disclosed 62.6% approval and 25.2% disapproval of the Destination St. Pete concept.  This was the highest ranking of all concepts.  The same survey disclosed Alma had 21.3% approval and 62.8% disapproval among the survey respondents, the worst among all seven concepts.  In 2013, St. Pete Polls predicted with near exactitude the outcome of the referendum in which over 60% of the voters chose termination of the Lens design agreement.  A substantial majority of the people of St. Petersburg want their inverted pyramid shaped gem cleaned and placed in a new setting.  They want their dining at the pier head.  They are the client.  As long as what they want is legal, buildable and not likely to bankrupt their city, who is to deny them?  The St. Petersburg Design Group possesses a unique professional qualification among all contestants; they have provided the design concept most desired by the people who will use the project and pay for the project.

The environmental argument against automobile access the pier head, as proposed to some extent in the Destination St. Pete concept, is weak.  The runoff water from our streets and parking lots near the waterfront runs into Tampa Bay.  My guess is that the Grand Prix in three days this week will put more burnt rubber and petroleum particulate into Tampa Bay than the automobile traffic on the pier did in the last two decades.  Particulate emission from road use automobiles has been greatly reduced thanks to good environmental legislation and great engineering.  I hope each of the committee members has revisited the drawings for Destination St. Pete and noted the bump outs which will keep traffic moving during vehicle unloading and loading.

I publicly and tangibly supported the Greenlight Pinellas public transportation initiative.  It failed.  Our pier is to be built for the transportation culture that exists today and will likely persist for the next decade or two.  This is not nostalgia; this is reality.  Vehicular access to the pier can be controlled inexpensively and easily to balance all needs.  For example, there are hydraulic barriers available which may be controlled by electronic cards.  These barriers can be used to control vehicular access to a restricted roadway or plaza without on duty personnel.

You and your committee members are not jurors in a murder trial.  You are not sequestered.  You can receive information and talk to anyone other than other selection committee members and representatives of the contestants.  What is the best design for this city?  Which design will do the most to bring our community together?  Destination St. Pete has already proven that it will serve that important community healing purpose.  Which design best utilizes and preserves the icon that has served our city in the amazing burst of economic development of the last decade? Destination St.  Pete.

Some committee members don’t like the inverted pyramid.  Fine; it was and is controversial - but, it is noticed.  One of the committee members is plainly resentful that architect Michael Maltzan’s work was “submarined” by politics.  The politics in the case of the Lens was citizens exercising their rights under the city’s charter.  There was nothing sneaky about this exercise; it was a daylight, surface attack.   Architects do not rule.  Clients rule.  What happened with the Lens was no different than what happens whenever an architect delivers to a client a proposed plan that the client does not like, does not want to live with and does not want to pay for.  The plan goes on the shelf.

I have said little about Pier Park.  A great deal of thought must have gone into that design.  It does offer dining at the pier head.  It looks like a fun place.  My concern is that there are so many landscaping elements to be tended and maintained, so many thousands of square feet of floating dock which are not protected from storm swell and which cannot survive without a program of periodic removal from the water for scraping, repair and recoating, and so many activities to be managed, that this design will be a money pit.  All that kayak activity, as bright and fun as it appears in renderings, can better  and more safely be done off Spa Beach, North Shore Beach, Weedon Island, Pinellas Point (on  the flats) and Fort DeSoto.  Kayaks are not compatible with the heavy powerboat traffic in and out of our now successful, revenue positive yacht basins.  For these reasons I have assumed that the issue at this time is the selection of a first choice between Destination St. Pete and Alma.

The city’s elected leaders may decide to let your committee’s process run its course.  If the committee ranks the design team which offered the Alma concept number one, Council will have the option to reject the committee report.  If that occurs, Council could adopt whatever resolution or ordinance may be required to select the Destination St. Pete concept as the pier project they wish to have built and to direct the issuance of an RFQ for design services to implement that specific project.  A mirror image of this scenario is also possible.  Whatever happens, I will stand by what I said to the committee last Thursday regarding its diligence and the excellent quality of its discussion.

Comment:
Things are starting to spiral out of control. Kriseman's statement Monday "We will continue to follow the process" may be a recipe for disaster. It's time to take some action.