After the big spending, pork laden Farm bill crashed and burned in the House last week, the Tampa Tribune on June 25 wrote in their Op-Ed  "Forget failed farm bill and seek big reforms":


passage of another complex bill would have been nothing the average taxpayer and consumer should have cheered.

Congress should start over, separate food aid to the needy from financial aid to agriculture, and take another look at sugar policies, something the failed bill assumed were fine as they are.

Here at the "eye" we agreed this misnamed Farm bill, where 80% of the funding was for food stamps, was nothing to cheer about.  We believe Americans are tired of huge, complex, comprehensive, incomprehensible bills that end up as costly failures to taxpayers that no one can be held accountable for.

The Tribune Op-Ed on the Farm bill then went on to correctly point out:


It would seem logical to separate the two different forms of welfare and make it easier for the public to understand what's at stake.

Why not write bills that stand alone on their merits?

The "eye" agrees that each component should be addressed on it's own and force a debate on their individual merits.  But the question we now ask, "Why doesn't this logic apply to the Senate immigration bill or any other bill for that matter?"  Why not pass single issue bills?

But today's Tribune Op-Ed addresses the immigration bill like this:


What's important are the major provisions: improving border security, finding out who has overstayed their visas, requiring employers to check the legal status of applicants, welcoming adequate numbers of skilled and unskilled foreign workers in the industries that desperately need them, and acknowledging that the peaceful and hard-working immigrants who have made homes here for years are not going back to their homelands.

Our representatives in the House should be given a chance to vote.

So the Senate Immigration bill attempts to address numerous complex components in a single comprehensive, costly bill that few have read or completely understand.  But the Farm bill is so complex that we should separate it's components so taxpayers and the public knows what's at stake and those voting on these bills know what they are voting on.

We can't reconcile why the Tribune thinks we need to start over on the Farm bill but push for the House to vote on the Senate comprehensive immigration bill.  So we'll just have to speculate whether they are being disingenuous or suffering from short term memory loss.  We report, you decide.

Posted by Sharon Calvert at 12:25 PM No comments: 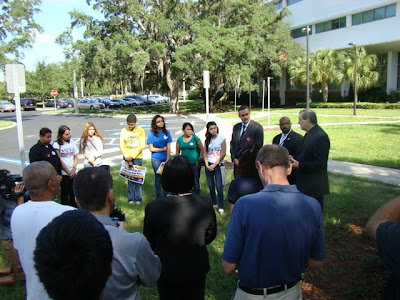 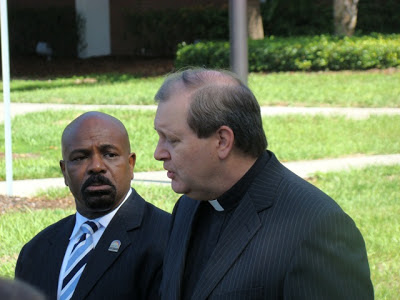 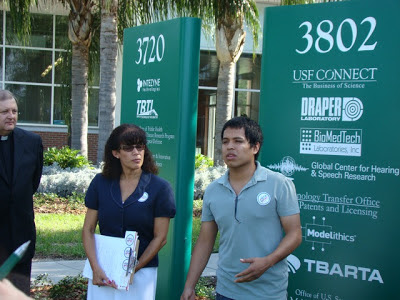 Posted by EyeOn TampaBay at 12:36 PM No comments:

My email to Rubio