All races are important during an election. However, voters sometimes ignore down ballot races, especially during a Presidential election when the focus is the very top of the ticket.

Down ballot races in Hillsborough County include the election of Soil and Water Conservation Supervisors. These are non partisan countywide races that some voters may be uninformed about or not familiar with.

Do not forget this down ballot countywide race.

To learn more about Ms. Jaroch's campaign and/or want to help Jaroch win her countywide race, go to her website.

Posted by Sharon Calvert at 12:24 PM No comments: 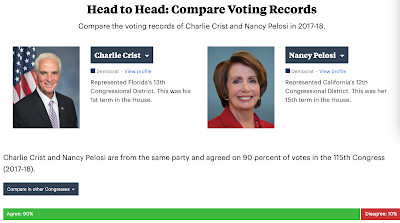