Peak at the Future: CSX jams up South Tampa

South Tampa got a peak at their jammed up future when CSX shut down several roads cross CSX tracks for planned maintenance, allegedly without proper notification to the City of Tampa and residents. It sounded like Armageddon from reading the local press reports. The Eye daughter even called complaining her normal 15 minute commute home from work increased to over an hour. Politicians and bureaucrats weighed in.

Then it got really confused.

Read more »
Posted by EyeOn TampaBay at 6:00 AM No comments: 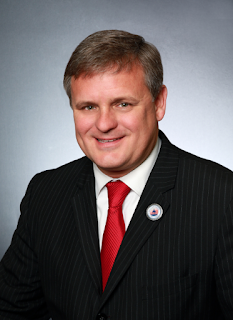 After reading the Tampa Bay Times’ Feb. 23 editorial, “Leading the way on transportation,'' I was struck by how it seemed long on rhetoric but short on facts. As a commissioner who was mentioned by name, allow me to present some further comments and provide the facts surrounding the “back-up” tax plan.

The voters of the county deserve to know the structural details of this “back-up” plan, which, outside of our Board of County Commissioners meetings, have not been comprehensively discussed. As an elected official, I firmly believe the voters of this county are more than capable of analyzing the facts and making a decision on whether this is a roads investment or a mass transit investment, but they need to see the entire picture.

The plan allows the commission to allocate more of its share than the dedicated 40 cents of every dollar to HART. The commission could also spend a portion of its share on things like road resurfacing, bicycle lanes and sidewalks. This means that it’s possible for unincorporated Hillsborough County to receive less than 44 cents of every dollar for added road capacity. If this tax is viewed as an investment, that’s a return on investment of 44 cents on the dollar for road capacity projects in unincorporated Hillsborough County – and potentially much lower. 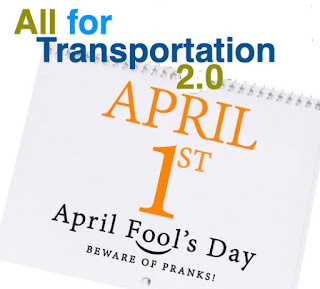 Read more »
Posted by Sharon Calvert at 7:00 AM No comments:

A few stories from across the expanse of Tampa Bay and a little beyond the bay.

HART Chief "attacked".
Central Avenue BRT is running late.
Always be careful crossing the street.
Vision Zero Update.
I thought Vision Zero would fix this.
The true goal of Vision Zero.
"We simply must take more cars off the roads."
Tax them again until they get it right.
Or about half a days traffic on a one mile segment of I-275.
Because their riders value transit that much.
I thought Encore was working well.
The Luxury City is going bust. Our leaders actions appear to be on the same trajectory.
Ooh oooh that smell.
Just because its a non-profit does not mean people are not profiting.
Because the people have rejected the unprincipled establishment uniparty. And that's why we have Trump and Sanders.

Read more »
Posted by EyeOn TampaBay at 11:29 AM No comments:

Panic in the Air!

Now that the AFT related lawsuit made it to the Florida Supreme Court, its become clear the future of the tax is in jeopardy. Fear and panic is in the air. Rather than calming down, reflecting upon failures and lessons learned, developing a real transportation plan for all constituencies in Hillsborough County, the BOCC wants to double down again on the past failures, starting at tomorrow's February 19, 2020 BOCC meeting.

Read more »
Posted by EyeOn TampaBay at 5:15 PM No comments:

The Anti-Car Brigade: $16B Transit Tax Tied to Tearing Down Interstates and Road Diets

Who knew? All for Transportation is the anti-car brigade who want to force us out of our cars to use public transit.

Read more »
Posted by Sharon Calvert at 12:20 PM No comments: