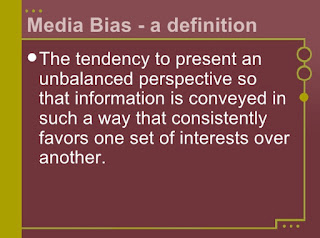 Below is a copy of the letter Dr. Davison sent to the Times on July 4th that with his permission we are posting:


To the staff of the Tampa Bay Times;

So that there is no confusion I have attached a copy of the Transportation Revenue Plan presented to the Hillsborough County BOCC on April 4th at their regular meeting. Its total revenue is $8.469 billion of which at least $6.2 billion goes to transportation including $2.014 billion in new revenues for transit. Money is also included for roads, congestion relief/safety, sidewalks/trails and other infrastructure, all without raising taxes. There is a slight increase in the sales tax, ¼ percent, from 2021 to 2026. From 2027 to 2045 the sales tax in Hillsborough county remains at 7%. The revenue plan is spread over 25 years. If you extend the plan to 30 years the numbers increase dramatically, but the tax level remains the same, 7%. These are conservative estimates and at the request of Mr. Merrill were verified for accuracy and validity. On June 6th at their regular meeting and after meeting with Ms. Wise, Mr. Fesler and Mr. Brickley the county administration did so verify to the plan’s estimates and the BOCC voted unanimously to send the plan on to the Citizen Advisory Committee for their opinion and deliberation. Copies of the plan were given to several TBT reporters, the same attached here. A unanimous vote by the BOCC on any transportation plan in Hillsborough county I think would be news. I have never seen any mention of the above in any of your columns, the editorials or in the pages of the Tampa Bay Times. On the contrary you have chosen to publish a plan put forward after the BOCC voted on the 6th, whose numbers have not been vetted nor its impact modeled. One that raises the sales tax to the highest in the state for 30 years and is knowingly regressive in its application. That is your right as a free press.

As we celebrate the 4th of July and are all aware that American men and women are in harms way around the world I hope we can celebrate our freedoms and rights but remember our responsibilities.

I have had the pleasure of knowing several journalists and professors of journalism. They have assured me that there is no course or curriculum at any American university school of journalism or any ethic in journalism which teaches or supports the suppression or withholding of this type of information from the public. You have therefore learned this on your own and have done so knowingly. I am a staunch supporter of a free press. Even Pravda or the Cuban Granma have a right to publish in America, but I remind you, this is America and the truth will get out whether or not you choose to live up to your responsibility.

Davison's proposal is also a citizen led funding proposal with numbers and estimates that have been vetted. But according to Davison, the Times nor any other local media he contacted, would report about his citizen proposal that county commissioners actually took an action on. Davison, disturbed by the lack of fair journalistic reporting by local media on the issue of funding transportation, told the Eye when we contacted him:

Suppression of information by the press is not part of the 1st Amendment and has always led to tragic consequences for the people in the past. It will here too for the people of Hillsborough County.

The Times and local media cannot claim ignorance. They are aware there are alternatives to the Vinik and associates funded massive 30 year 14% sales tax hike proposal.

The Times and local media must have their marching orders. They have become information gatekeepers who refuse to fairly report and inform the public of any other transportation funding proposal but Vinik's massive 30 year 14% transit sales tax hike.

It is easier for local media to suppress information and shut down healthy public debate over different transportation funding models. Because it is very difficult for anyone to defend a massive transit tax hike that is not needed.

The Times and local media are intentionally ignoring Davison's funding proposal so they can cheerlead for the special interests/astroturf funded 14% transit sales tax hike,

The financially distressed Times, who was bailed out last year by the wealthy transit tax hike donors Jeff Vinik and Frank Morsani, is the transit tax hike's biggest cheerleader accomplice. The wealthy downtown special interests bought their media megaphone to do the cheerleading for them.

The media is now part of the storyline not reporters.

Cannot make such nonsense up but it does fuel the fire that the Times has no credibility when it comes to the transportation issue in Tampa Bay. They cannot figure out that Clearwater is in Pinellas County not Hillsborough.

Instead the Times and local media have instituted a media blackout of reporting on any transportation funding proposal except Vinik's 30 year 14% transit sales tax hike - that will greatly benefit him.

And it's called media bias.
Posted by Sharon Calvert at 11:08 AM