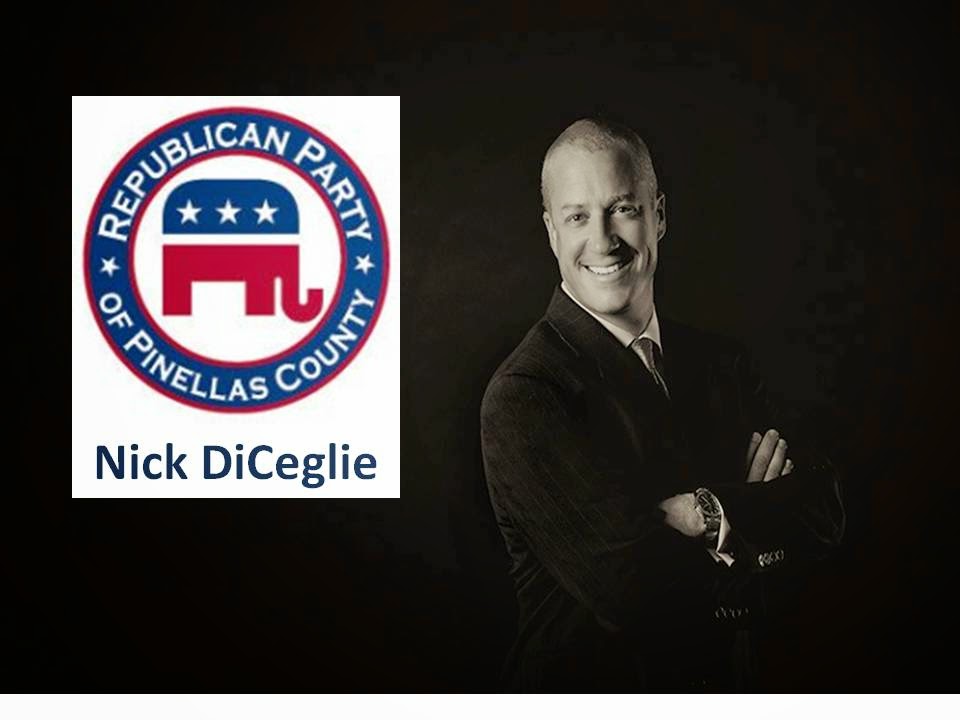 My conversation with Nick DiCeglie continues.....

"Many registered Republicans know very little about the Republican Party of Pinellas County.  Let me ask you a couple of questions about that.

How does the County organization relate to the State and National Republican organizations?" I asked.

"You have the Republican National Committee which primarily is responsible for Presidential campaigns; Presidential elections and obviously they get down to the Senate and Congressional level but primarily the objective is to get a Republican elected to the White House." Nick responded.

We are responsible for electing County Commissioners, constitutional officers and then there’re some circumstances that we get involved in municipal races even though those are non-partisan.

Basically the structure puts the local Republican Executive Committee underneath the RPF umbrella and of course we have the Republican National Committee at the very top." Nick replied.

"What is the primary focus of the Republican Party of Pinellas County?' I asked.

I am also a Governors' appointee to the Regional Planning Council and I have served five years on the Indian Rocks Beach Planning and Zoning Board. I was also chairman of the Ivory Club in 2012 which is our social, fundraising arm of the local Republican Executive Committee." Nick answered.

"Current Executive Committee Chairman Michael Guju is stepping down. You have announced your intention to run for the Chairmanship. Why?" I asked.

"I think we need a new fresh, youthful energy to our Republican Party in Pinellas County. These last 2 years I’ve really learned a lot about how the organization works and what we’re really responsible for; but also at the same time, I think that as we are looking toward 2016 we can't hang our hats on these recent midterm elections and say, okay, we had a huge amount of success in 2014 and we can take some time off and enjoy 2015.

Then try to get ready for 2016 in January of 2016. Those days are over. This is about the ability to hit the ground running in 2015 and begin preparing for the huge election cycle in 2016.

I think Republicans have a great opportunity particularly here in Pinellas County. You know things weren’t so rosy in 2014. We lost a county wide County Commission race and we were not able to improve our results from 2010 for Rick Scott here in Pinellas County despite having so many hard working grass root volunteers involved. So that being said, we need to hit the ground running in 2015 with a strategy that will help us improve our organization.

We need to be focused and to be organized. We need to train our volunteers; we need to be ready to deal with the huge heavy lifting of 2016 because that's what it is going to take."

Next Post, Nick talks about where he would like the County Republican organization go in the upcoming 2016 election cycle.