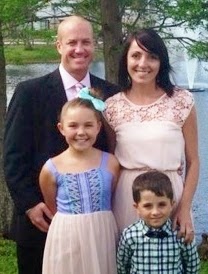 My conversation with Nick DiCeglie concludes with this Post.

"Many people now believe that the 2014 Florida elections were essentially over before the polls opened on Election Day. With the extension of voting opportunities due to mail in ballots and ever expanding early voting how do you see election campaigns changing?" I asked.

"One of the first things we are going to focus on in 2016 when it comes to campaigning is voter registration. We need to have a major voter registration drive and at the same time encourage those who register to vote by an absentee ballot. Once they vote absentee then campaigns have a better picture of who voted when, who still has the absentee ballots and when we have all that information we see get out the vote programs perform at their best," Nick Replied.

It was incredible here, especially for Governor Scott and how they chased the absentee ballots. We will see an uptick in those kinds of programs going into 2016 because they work. There so many ways to squeeze that sponge and making sure all of these voters get out and vote.

It all starts with voter registration from there it's all about positioning the Party and the campaigns to be able to get out the vote and squeeze that sponge."

"Recent campaigns that have used social media both to organize and inform the voters seem to have fared well. If elected as Executive Committee chair, do you see an expanded use of social media by the Republican Party of Pinellas County?  ...and how?" I asked.

"Looking ahead, if the battle  between President Obama and the Congress continues with full fury up to the 2016 election and the result is gridlock with little being accomplished, how do you think that will affect local and state races, and what can the local Republican Party Organization do to make sure their candidates have the best chance?" I asked.

"When our candidates hit the campaign trail they are going to get questions just like that one.

That's when we need to have a positive message. Inform the voters what Republicans have done and why it’s the better solution.

Ultimately if we pass legislation, the Keystone pipe Line is a good example, it goes through the House and goes through the Senate, something Republicans think is going to have a positive impact for the Country but then the President vetoes it, our candidates and volunteers need to be able to articulate to the voter why we have the better policies.

Don't get me wrong, easier said than done. But having that positive tone coming from anybody in a leadership role is going to help us do the best we can to counteract that problem.

I think we saw that in the Florida Governors race.  Both candidates were running extremely negative campaigns, people just wanted to turn it off.

It was really, really difficult for a lot of our volunteers who had telephones slammed on them when they were making calls, doors slammed in their face when they were knocking doors at people's homes, it is not an easy situation to deal with, but given the opportunity and having them prepared with a positive message about what is going on is all we can do."

"Finally, this is a big County and the Chairmanship of the Pinellas County Republican Executive Committee is a big job. You have growing family and a business to run. How does the family feel about your decision to jump deeper into politics and how will you make time for all of it?" I asked.

"Well, that's a good question; it's all about whom you surround yourself with. Here in my business, I have an operations manager who is just great. He understands what I am doing here business wise but he also understands what I am trying to do for our County and the big picture of things. So that's making my life a lot easier here.

At home, my wife and my kids they fully support what I do, my mom supports what I do, where there's a will there's away.  It's all about balance, I think moving forward the incoming Executive Board, whoever that may be, we are going to have solid, committed people to move our party forward and we will be operating as one united team.

We will make it happen," Nick said with a big grin.