Could the Rays move to Cuba? 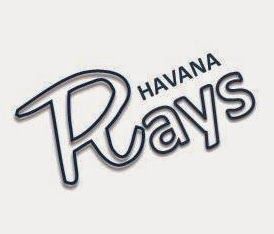 What? Are you kidding me? The Rays moving to Cuba you have got to be crazy!

Maybe those statements are all true TODAY, but what about five or seven years from now?

With yesterdays stunning rejection by ST. Pete City Council of the Rays Memorandum of Understanding all bets are on the table.

Sure, there are mountains of issues, from real politics to baseball politics but stop and think about it for a minute.

What better way to build a bond between two countries that have little in common.
All of this may sound a little crazy, but Sternberg or the new Rays Owners might just want to take a look south about 90 miles off shore and think about this: the Rays would be a logical choice for offshore baseball expansion.

Getting the Cuban State to provide funds and resources to build what would likely be one of the most beautiful baseball parks in the world should be no problem.

It would be a full house for years to come.

Every team in the league could offer baseball travel packages to Cuba. Baseball tourism would explode.

Player recruiting would be a snap.

Once in place there would be no way to put a value on the franchise.

Television rights would border on priceless.

The thing about baseball is it is harmless. It generally doesn't take political stands, it doesn't pollute, its players don't get their brains beat out, for the most part its players and business people behave themselves and it has a long history in both countries.

It may just be time for Sternberg and MLB to think twice about a fanatical desire to immediately move the Rays. Sitting tight here in St. Pete for a few more years might just provide baseball with a very unique hemispherical opportunity.

Who knows, it might even breathe a little new life in to the old game.